After falling out of the A-share market twice, Feng Jianjun, Feng Feng and his son did not give up and took Nantong Chaoda Equipment Co., Ltd. (hereinafter referred to as “Chaoda equipment”) to attack the capital market again. According to the information on the official website of Shenzhen Stock Exchange, Chaoda equipment has disclosed its reply to the third round of inquiry, among which the previous question of whether it was old or not is still the focus of the regulatory level’s inquiry, and has conducted a detailed cross examination on the horizontal competition between the company and Feng Jianjun’s relatives. In addition, according to the prospectus of Chaoda equipment, the number of employees of the company is decreasing year by year, from 1507 at the end of 2018 to 1161 at the end of 2020. The reason why the number of employees is greatly reduced also needs a reasonable explanation from Chaoda equipment. 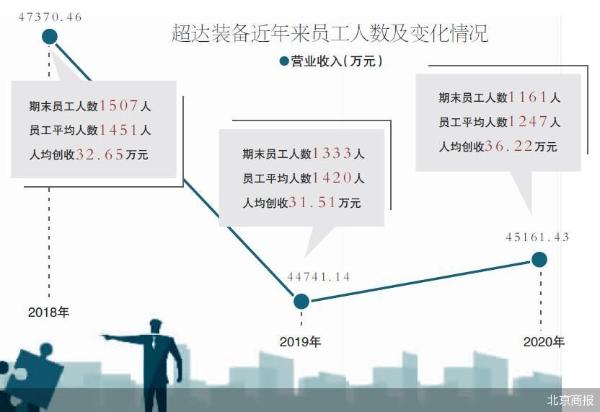 The old question of being asked again

Horizontal competition is still an unavoidable problem in the IPO of Chaoda equipment.

According to the prospectus of Chaoda equipment, the company is a supplier of automobile interior and exterior decoration molds, mainly engaged in the R & D, production and sales of molds, automobile inspection tools, automatic chemical assembly equipment and parts. It is worth mentioning that Feng Hongliang and he Dan, the nephew and daughter-in-law of Feng Jianjun, the controlling shareholder and one of the actual controllers of Chaoda equipment, directly or indirectly control hongyangyu Co., Ltd. and weizhentian Machinery Co., Ltd., which are engaged in the same or similar business with Chaoda equipment and have a market competition relationship. This problem once made Chaoda equipment break down the A-share market in 2019.

Chaoda equipment has been coveting A shares for many years. As early as 2016, Chaoda equipment wanted to be put into Tianqi model, a listed company, through restructuring. At that time, the price was set at 840 million yuan. Through the above transaction, Feng Jianjun, one of the actual controllers of Chaoda equipment, will also become the single largest shareholder of the listed company. However, after several months of planning, in order to ensure the stability of the company’s control right, Tianqi mode’s above restructuring failed in March 2017.

After the failure of curve listing, Chaoda equipment started to take the road of independent IPO in 2017 and wanted to land in the main board market. Standing in line for more than a year, Chaoda equipment will meet the exam in 2019, but it has been rejected by the national development and Examination Commission. Judging from the audit results released by the CSRC, the horizontal competition of Chaoda equipment has been highlighted.

Now from the main board to the growth enterprise market, the industry competition of Chaoda equipment is still being questioned.

In addition to the problem of horizontal competition with hongyangyu Co., Ltd. and weizhentian machinery, Chaoda equipment also overlaps with the suppliers and customers of the two companies, which is also the focus of the third round of inquiries by the regulatory level. After the sponsor verification, the number of overlapping customers is 34, and the number of overlapping suppliers is 25. In this regard, Shenzhen stock exchange requires Chaoda equipment to further analyze whether the company delivers benefits to related parties through overlapping customers and suppliers or bears costs by related parties in combination with relevant situations.

Wang Chikun, an independent economist, told Beijing Business Daily that the harm of horizontal competition should not be underestimated. It is easy to cause interest transmission and infringe on the interests of issuers, which is also the reason why regulators pay more attention to such problems.

The number of employees decreased year by year

By calculation, from the end of 2018 to the end of 2020, the number of employees of Chaoda equipment decreased by 346.

According to the data, from 2018 to 2020, the turnover number of Chaoda equipment employees is 283, 344 and 349 respectively. The turnover personnel are mainly grass-roots or short-term employees, while the number of newly recruited employees is 395, 170 and 177 respectively. In response to relevant issues, Beijing Business Daily reporter sent an interview letter to Chaoda equipment, but as of press release, the other side did not reply.

Chaoda equipment is a typical family enterprise, with Feng Jianjun, Feng Feng and his son holding more than 90% of the shares.

Xu Xiaoheng, an investment and financing expert, pointed out in an interview with Beijing Business Daily that the concentration of controlling shares of actual controllers of general companies will arouse the attention of CSRC. “The absolute sense of one share independence means that the actual controller is in the absolute controlling position, which is not conducive to the formation of effective decision-making and effective corporate governance of the company, resulting in many disadvantages, such as the large shareholders’ arbitrary encroachment on the interests of small shareholders, complete control of the company and the operation of subordinate companies, etc.”

In addition, many of Feng Jianjun’s relatives also directly or indirectly hold shares in Chaoda equipment.

At present, Feng Lili, Feng Jianyong and Feng Jianshe are respectively employed as marketing consultant of Chaoda equipment, staff of personnel administration department and head of assembly section of Shenmo Nantong engineering department. In addition, Feng Lili also directly holds 1.35% of the shares of Chaoda equipment, which is the fourth largest shareholder of the company. It should be pointed out that when planning to restructure with Tianqi model in 2016, Chaoda equipment also identified Feng Lili as the concerted actor of the actual controller.

According to public information, Feng Lili was restricted from high consumption by the people’s Court of Pukou District, Nanjing City in September 2019, and was also included in the list of dishonest persons.