On April 15, the general office of the State Council issued the “opinions on serving the” six stabilities “and” six guarantees “and further doing a good job in the reform of” deregulation, management and service “(hereinafter referred to as the” opinions “). In terms of further promoting and stimulating consumption potential, the “opinions” put forward the requirements of promoting all regions to thoroughly clean up the illegal restrictions on the entry of second-hand cars, remove the systematic obstacles restricting the transfer of export commodities to domestic sales, continue to expand the scope of cross-border e-commerce retail import pilot cities, and specify the specific departments responsible for the division of labor.

The “opinions” pointed out that deepening the reform of “deregulation, management and service” and creating a market-oriented, legalized and international business environment are the important starting points for doing a good job in the “six stabilities” work and implementing the “six guarantees” task. In recent years, the reform of “deregulation, management and service” has effectively stimulated the vitality of market players and social creativity, but there are still some outstanding problems that are highly concerned and strongly reflected by enterprises and the masses to be solved. Therefore, the “opinions” put forward that we should focus on “six stabilities” and “six guarantees”, accelerate the transformation of government functions, focus on clearing unreasonable restrictions on market players, implement more effective supervision, continuously optimize government services, and promote the sustained and healthy development of economy and society with pragmatic and effective policies and reform measures. 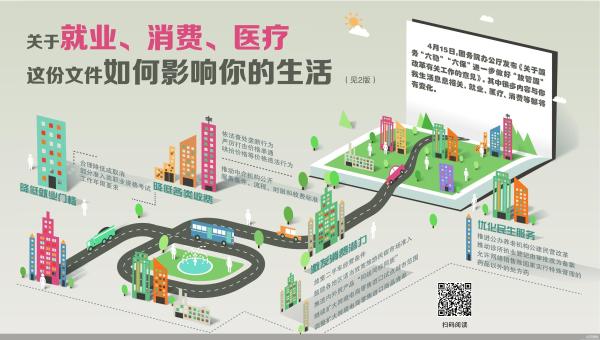 It is worth noting that in the field of consumption, the “opinions” put forward that we should remove hidden barriers to consumption, cancel some administrative restrictions on consumption and purchase in an orderly manner, and release consumption potential. We will accelerate the revision of the measures for the administration of the circulation of second-hand cars, promote the thorough clearance of illegal restrictions on the entry of second-hand cars in various regions, and relax the conditions for the operation of second-hand cars. It is necessary to standardize the qualification identification of scrapped motor vehicle recycling and dismantling enterprises, support qualified enterprises to enter the recycling and dismantling market, and investigate and deal with illegal dismantling activities according to law. 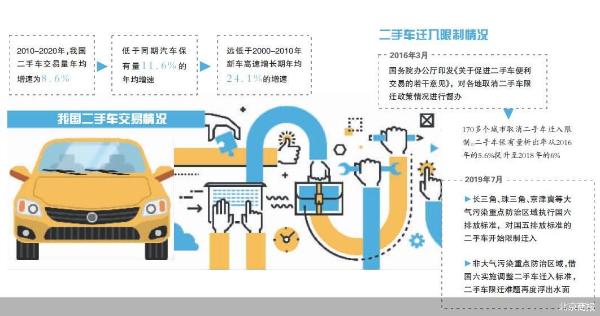 In addition to restrictions on relocation, the opaque condition of second-hand cars is also one of the problems restricting the development of the industry. For example, during the two sessions of this year, the proposal submitted by the national automobile dealers association mentioned: “at present, the data disclosure of the domestic second-hand car industry is not enough, the core data of the car, including insurance, accident handling, maintenance and other information is not open to the outside world, the historical information of the car is difficult to obtain, and a large number of frauds, such as concealing the real car condition, breed, which not only makes consumers flinch, but also greatly reduce the cost Weak industry reputation will directly affect the expansion of the second-hand car market. “

In addition to tapping the potential to stimulate consumption, the export of second-hand cars is gradually becoming a new driving force for foreign trade. For example, on November 9 last year, the State Office issued the “Implementation Opinions on promoting the innovation and development of foreign trade”, which proposed to establish and improve the second-hand car export management and promotion system, expand the second-hand car export business, improve the quality inspection standards, and implement the national unified export inspection standards.

“For the domestic automobile market, the most important thing is to update the consumption, improve the recycling mechanism of second-hand cars, and form a cycle of automobile consumption industry. It is worth trying to export the obsolete second-hand cars to some developing countries after repair. ” Bai Ming, deputy director of the International Market Research Institute of the Research Institute of the Ministry of Commerce, told Beijing business daily. According to the data, 40% of the new car buyers in China now buy cars by replacement, that is, they buy new cars after disposing of old cars. Breaking the restrictions on the circulation of second-hand cars will be of great significance to both internal and external circulation.

In addition, the opinions are also involved in facilitating market access for new products. For the new technology and new products urgently needed in the market and with great consumption demand, priority should be given to the application of national standards, rapid procedures should be formulated, the standard formulation and revision process should be simplified, and the release cycle should be shortened. Before the introduction of relevant national standards, social organizations are encouraged to formulate and publish group standards that meet the needs of the market and innovation, and enterprises are encouraged to formulate competitive enterprise standards and make self declaration public, so as to promote the rapid entry of new technologies and products into the market.

At the same time, we should speed up the unification of the regulations on the technological process and circulation rules of export commodities and domestic trade commodities, promote the “same line, same standard and same quality” of domestic and foreign trade products, and remove the systematic obstacles restricting the transfer of export commodities to domestic sales. We will continue to expand the scope of pilot cities for cross-border e-commerce retail imports, and adjust and expand the list of cross-border e-commerce retail imports.

In June last year, the State Affairs Office issued the implementation opinions on supporting the transfer of export products to domestic sales, simplifying the certification procedures for domestic products and relaxing the time limit for tax collection for domestic sales. For processing trade enterprises that meet the requirements to go through the tax procedures for domestic sales, the monthly declaration shall be adjusted to the quarterly declaration. Li Danghui, deputy director general of the Department of consumption promotion of the Ministry of Commerce, said: “the transfer of high-quality export products to domestic market is not just a substitute relationship for one another. Like international trade, there is not only trade transfer, but also trade creation. The transfer of more high-quality export products to domestic market will help smooth the circulation” artery “, stimulate market vitality and effective demand, and help China’s super market The large-scale market advantage and the full release of domestic demand potential. “