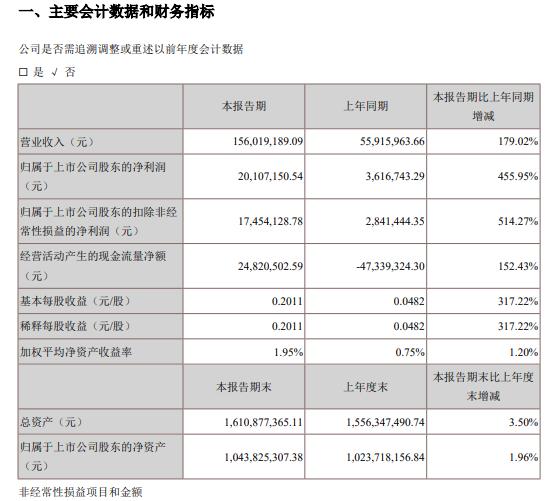 During the reporting period, the company achieved an operating income of 156019189.09 yuan, a year-on-year increase of 179.02%, which was mainly due to the rapid growth of the new energy vehicle industry, which led to a substantial increase in the company’s product sales, and the low base affected by the epidemic in the first quarter of last year.

During the reporting period, the company’s operating cost was 113738335.71 yuan, a year-on-year increase of 170.30%, mainly due to the increase of operating revenue.

According to the data of digbei.com, xiangfenghua is mainly engaged in the R & D, production and sales of lithium battery anode materials. Since its establishment, xiangfenghua has always been customer-centered, market-oriented, and provides better products and services for customers through continuous product and technological innovation. It is an advanced supplier of lithium battery anode materials in China.