The May Day holiday is just around the corner, and young people have ushered in new ways of travel on social media, giving their travel plans to the “blind box”.

Blind box, because of its randomness, is popular among young people. In their eyes, it is “a walk on the road”. And blind box’s strong social attribute is wildly sought after by young people.

In order to attract new people and expand their influence, blind boxes often “have a little thunder and a little rain.” by taking advantage of the surprise of blind box products and young people’s “play” mentality, blind boxes ignore product cash, and most of them can’t choose their own take-off time. Moreover, most of the flight routes are unpopular routes, resulting in extremely low cash out rate of products, which has been drowned by consumers’ saliva. 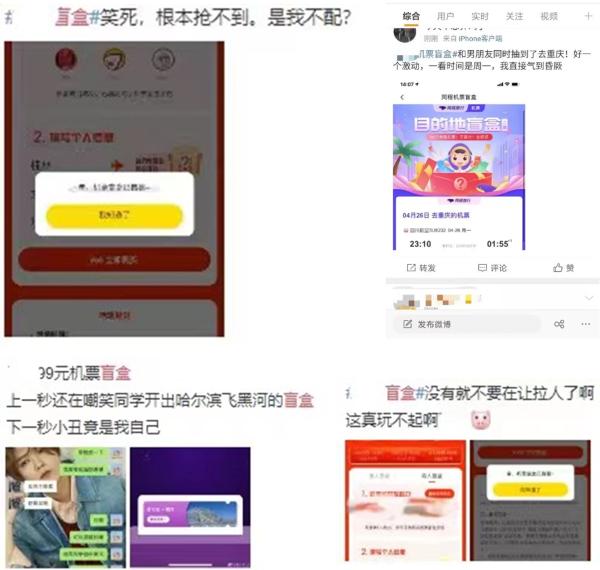 Consumers make complaints about “not the wrong time, but the wrong place”. First, they saw the low price blind box tickets and filled them with joy. Routine, deception and marketing means have become key words.

However, the blind box as low as 100 yuan still has great attraction for users once the right route is opened. Young users who are used to trying new things are willing to share in the social circle. Here is an intuitive comparison of several blind box products

We can see that among the four blind boxes, the price of flying pig is the lowest, and there is no need for assistance on the same journey. The choice of where to go is the strongest. There are up to 10 routes through assistance, and you can choose the departure date within a certain range when exchanging. 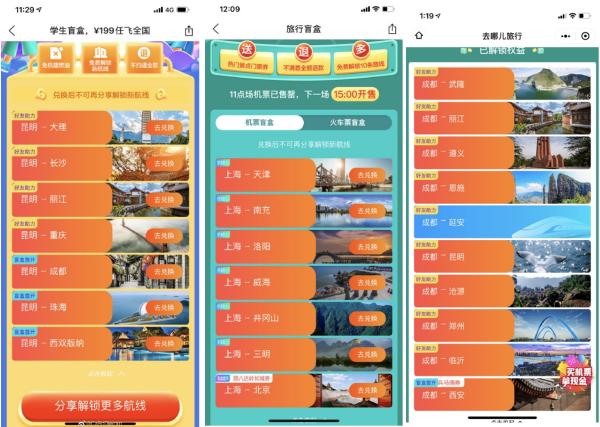 From the perspective of social media feedback, many users have opened surprise destinations, which has promoted their travel. This year’s May Day holiday, driven by blind box activities, will become the most popular “May Day” in history.