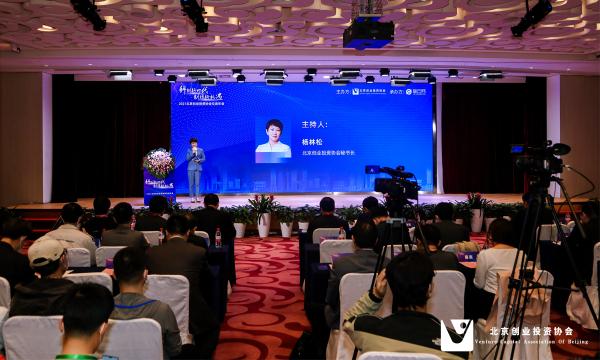 Liu Kefeng, President of Beijing Venture Capital Association and chairman of Beijing Science and innovation fund; Zhu Jianhong, member of the Party group and deputy director of Municipal Science and Technology Commission and Zhongguancun Management Committee; he Jianwu, director of the second industrial promotion division of Zhongguancun Science City Management Committee; Shen Zhiqun, vice president of China Investment Association and chairman of Venture Capital Commission; Zhao Gang, researcher of China Academy of science and technology development strategy, Ministry of science and technology Chen Datong, chairman of Puhua Capital Investment Committee and other leaders and guests attended the forum. The forum was hosted by Yang LinSong, Secretary General of Beijing Venture Capital Association. With the theme of “new opportunities for venture capital in the era of scientific innovation”, the Forum gathered hundreds of industry elites to exchange views on such hot issues as venture capital fund promoting the supply of scientific and technological innovation, core technology breakthrough, and transformation of scientific and technological achievements. Beijing is the highland and fertile land of scientific and technological innovation

In recent years, technological innovation has been raised to an unprecedented new height, and venture capital industry is facing great opportunities. The Fifth Plenary Session of the 19th Central Committee of the Communist Party of China proposed that “we should adhere to the core position of innovation in the overall situation of China’s modernization construction, and take self-reliance and self-improvement in science and technology as the strategic support for national development.”. 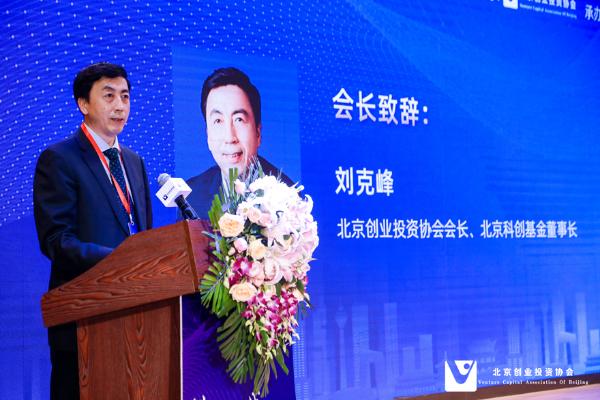 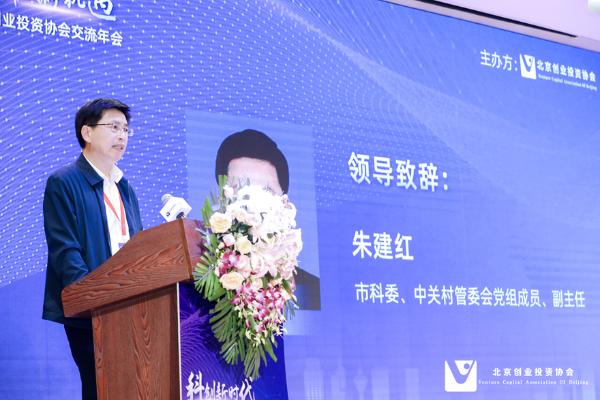 So far, with the support of the three dimensions of technology, talent and capital, there are 280000 high-tech enterprises in Zhongguancun demonstration zone, with a total income of 7.2 trillion yuan, an increase of 9% year on year, and a contribution rate of nearly 40% to the city’s economic growth.

Zhu Jianhong said that in the future, Zhongguancun will continue to create a good policy environment, better enable the development of scientific and technological innovation enterprises, and make due contributions to Beijing’s building into a globally influential venture capital center. 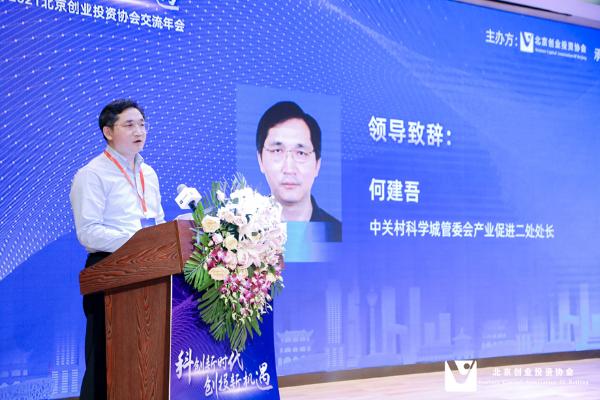 In his speech, he Jianwu, director of the second industrial promotion division of the Management Committee of Zhongguancun Science City, said that in the future, Haidian District will focus on the construction of innovation ecosystem, expand production services, industrial services and scientific and technological innovation services, deeply excavate projects, orderly promote the development of industrial investment projects, and strengthen the coordination and linkage of the urban area according to the key industrial development direction of Haidian District, Attract more high-quality enterprises and realize the deep integration of capital and industry.

Specifically, dozens of leading enterprises are surrounded by hundreds and thousands of start-ups. Start ups focus on the innovation of new technology and new functions. Once the technology products are mature, large companies will buy them at a high price, and use their own market channels, supply chain, quality assurance and brand advantages to quickly open the market and form a virtuous circle of the industry. In the future, the main exit channel of start-ups will be mergers and acquisitions (expected to be more than 80%), rather than independent IPO, which is the law of industrial development proved by history. 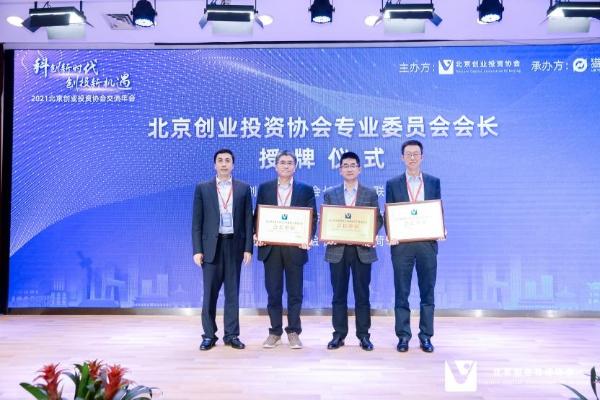 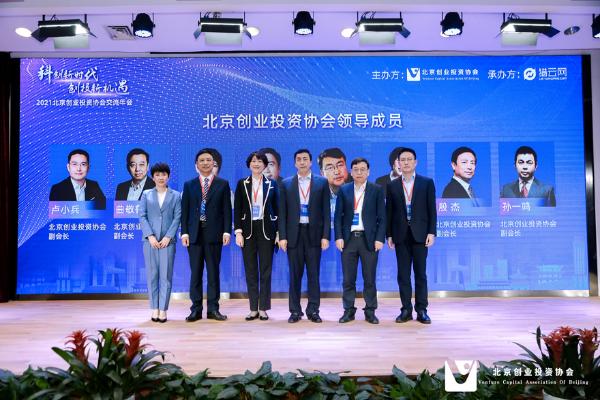 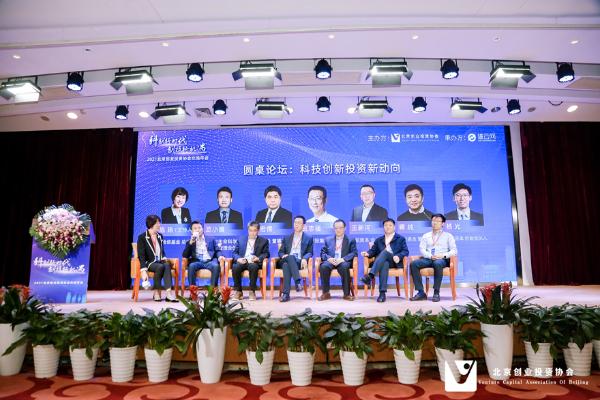 Subsequently, the forum held three round table forums around the frontier topics of venture capital industry《 Chen Wei, general manager of China Dixin fund, was the host of the round table forum. He Zhiqiang, President of Lenovo venture capital group, said that Lenovo venture capital mainly invests in five key technologies: Internet of things technology, edge computing technology, cloud computing technology, big data technology and artificial intelligence technology; Yang Hongru, chairman of Hetang venture capital, said that how to master risk control is always a topic faced by investment institutions. First, to disperse projects, that is, to manage risks by configuration; Second, carry out long-term risk control according to the commitment given to LP in advance; Wang Xinhe, partner of Yuanhang capital, said that when investing in hard technology, projects will be determined according to national industrial policies and guidelines, industrial chain, original technological innovation and other factors; Long xiaoteng, managing partner of venture capital fund of Zhongguancun Life Science Park, said that in terms of investment strategy, we should pursue original innovation, embrace integrated innovation and try not to compete and imitate innovation; Jiang Chun, managing partner of Puhua capital, said that the first thing is to explore new growth projects in the context of big changes. The second is to cut in with the best cost performance; Yang Guang, founder partner of Yao capital, said that it now focuses on consumer electronics, autopilot and big data. 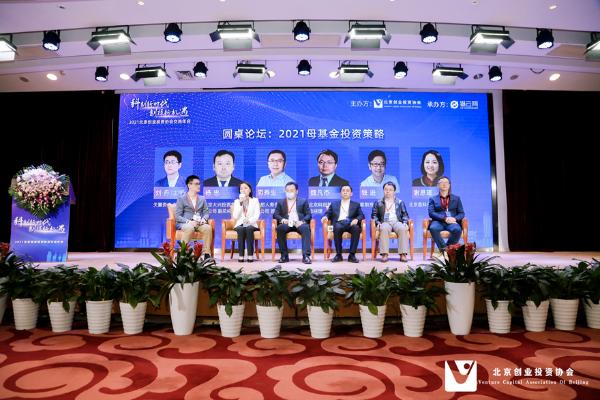 In the “2021 master fund investment strategy” round table forum, the round table host is Liu Dan, partner of Tianyi capital. Yin Xiusheng, chief investment officer of China Post Life Insurance Co., Ltd., said that China post insurance’s investment strategy in the master fund is to serve the national strategy first, followed by insurance capital, which accounts for no more than 20% of the master fund’s investment; Yang Zhong, deputy general manager of Beijing Daxing Investment Group Co., Ltd., said that he paid more attention to the selection of teams from the industry, as well as the stability and performance of the teams; Wei FanJie, executive general manager of Beijing Science and technology innovation fund, said that the biggest feature of Beijing Science and technology innovation fund is its science and technology attribute, which promotes the transformation of achievements of Beijing universities, science and technology entrepreneurship, and the formation of some high-end industries that have great influence on Beijing; Xie Sijin, managing director of Beijing changkejin, said that the most obvious advantage of Changping District is biomedicine. In the future, Changping District will play its due role in the original innovation of biomedicine. Qian Jin, managing director of Bauhinia capital, said that as a market-oriented science and technology innovation master fund, the investment strategy is three words: early, specialized and small. The so-called “early” refers to the main investment in early and medium-term VC funds; The so-called “specialty” refers to a certain industry attribute, and the track is relatively focused; The so-called “small” means that it can well control its own scale and has stable and considerable excess returns. 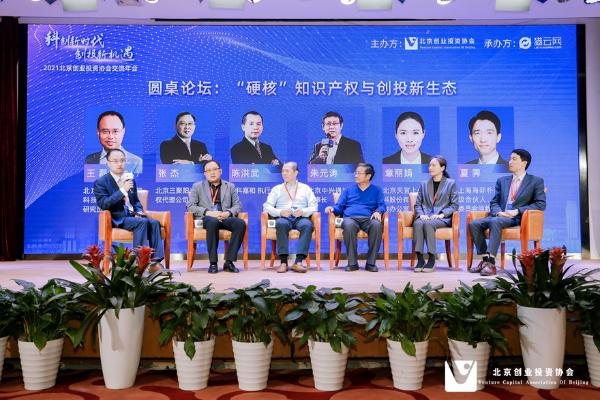 The wonderful speeches made by the guests brought the forum to a successful end. Beijing Venture Capital Association hopes to take this forum as an opportunity to share views, discover opportunities, gather resources, and achieve win-win development. It aims to build a “professional, service-oriented, and ecological” venture capital industry organization to promote the high-quality development of Beijing venture capital industry.

1. If you want to reprint the original articles, please contact the official wechat for authorization.

2. When reprinting, the source should be clearly indicated in the head of the article, and the official wechat, author and original hyperlink should be reserved. Such as from the words of lieyunwang.

3. The financing amount involved in the report of lieyun is provided by the start-up company for reference only, and lieyun does not endorse the authenticity.