Today, canalys, a research firm, released its ranking of smartphone shipments in China in the first quarter of 2021 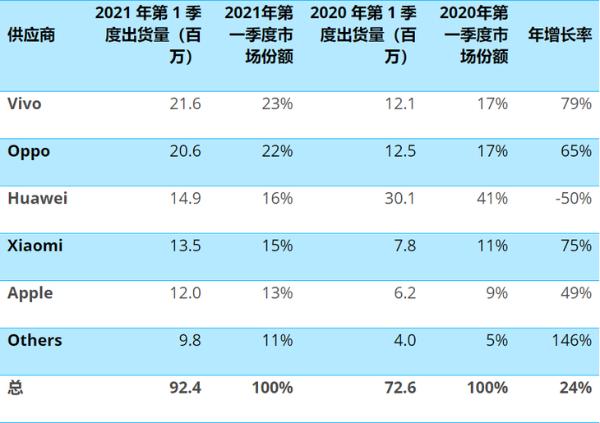 Vivo’s performance in the first quarter was very strong, with more than 79% of the shipment growth, ranking first; Oppo also followed with a 1% market share gap; Huawei, on the other hand, has suffered a big impact on its shipment volume due to well-known reasons, and has retired to the third place; Although Xiaomi has achieved good sales in Xiaomi 11, the follow-up mid range models have not been connected soon. After the K40 series is fully opened, its Q2 performance is still expected.