At 1:00 a.m. on April 21, apple held a special event to bring us new iPad Pro 2021 products. In addition to upgrading to the latest M1 chip, the screen of iPad Pro 2021 is also a major focus of this upgrade. The 12.9-inch version of iPad Pro 2021 adopts Mini LED screen, and the display effect will be significantly improved.

What’s the difference between Mini led and LCD screen?

Usually, the backlight of LCD screen can only be controlled as a whole. When the black picture is displayed in some areas, the effect of pure black can not be achieved, but the dark gray is close to pure black, which greatly limits the contrast and display effect of LCD screen. Some TVs can achieve multi area dimming through multi area backlight design, which can bring more pure black display and improve contrast. The basic principle of mini LED screen is similar to that of area backlight design, but it is very different. 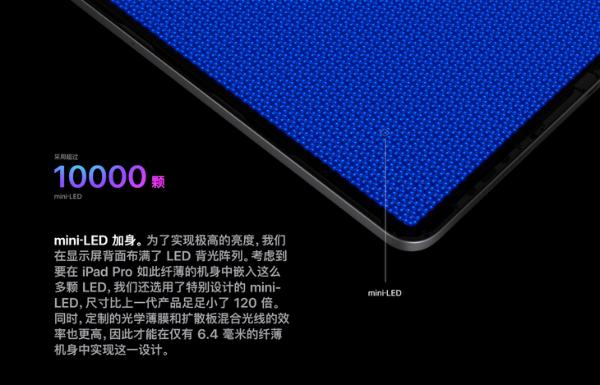 In the newly released iPad Pro 2021 12.9-inch screen, more than 10000 Mini led beads are integrated, with more than 2500 local dimming zones. Each dimming area can be fine dimming according to the display content, so as to greatly improve the screen contrast and detail display effect. 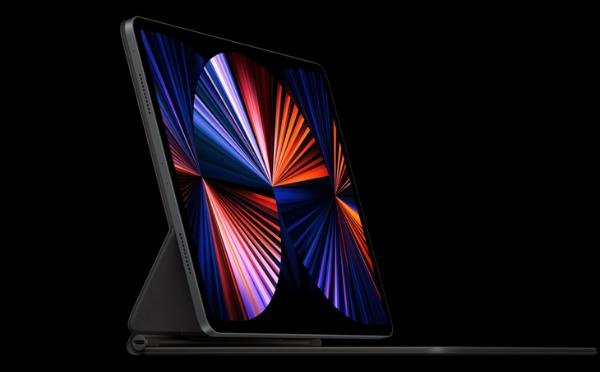 The iPad Pro 2021 12.9-inch screen can achieve ultra-high contrast of 1000000:1, which has been qualitatively improved compared with the LCD screen. With multi zone dimming, the screen can display more pure black and restore more realistic picture details.

In addition, the iPad Pro 2021 12.9-inch screen supports 1000 nits full screen brightness and 1600 nits peak brightness. Compared with OLED, the overall screen specifications are not inferior, and the brightness is even higher than that of some flagship OLED screens.

With the blessing of mini LED screen technology, the contrast, continuous brightness and other aspects of the screen have been comprehensively upgraded. The improvement of the screen display effect is not only reflected in daily use, watching videos and other scenes, but also easier to meet the needs of professionals with very high screen requirements and improve productivity. 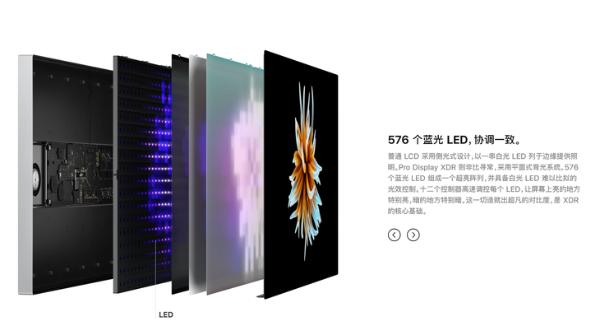 Another common one is OLED screen. At present, most mobile phones use OLED screen. Because of its self luminous characteristics, OLED screen can achieve pixel level dimming, and has obvious advantages in contrast. OLED structure is more simple, the screen is easy to do, very thin, save space.

However, because the OLED screen uses organic materials, it is easy to aging, and long-time display of the same content may cause screen burning, while the mini led uses inorganic materials, so there is no need to worry about the material life. OLED screens are also difficult to maintain high sustained peak brightness. Compared with OLED screen, mini LED screen also has many advantages.

At present, there is still a big difference between Mini led and LCD screen display effect. Mini LED has a significant improvement in picture details, pure black picture, brightness and other aspects compared with LCD screen, which can be experienced by daily watching video and other scenes.