On March 12, ZTE announced on its social platform today that it will launch two mobile phones, one from different series. 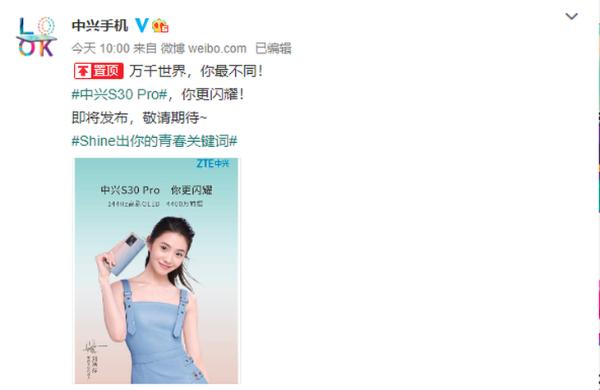 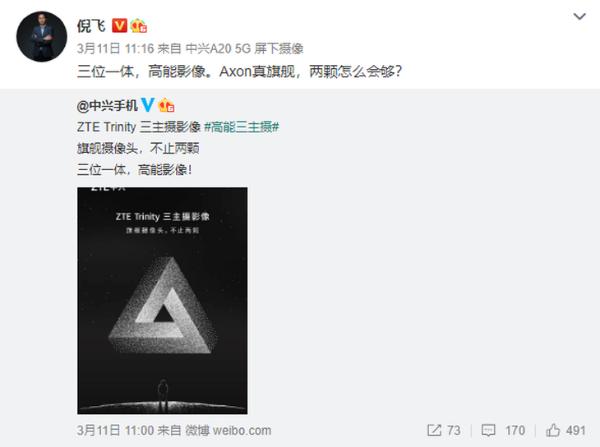 It is reported that ZTE’s mobile phone to be released this time is composed of S-Series and axon series, of which S-Series will focus on youth group. Currently, ZTE S30 Pro has been published, which will be equipped with 144hz screen and 44 megapixel forward camera. Liu haocun is the spokesman.

The axon series will probably be equipped with a new generation of off screen camera technology. According to ZTE’s official disclosure, it will be defined as the image flagship with three main cameras.