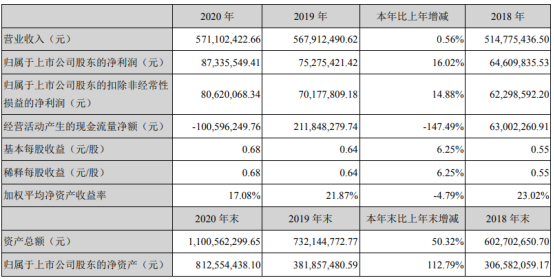 In early 2020, influenced by COVID-19, the normal operation of social economy was affected. According to the unified prevention and control arrangement of the local government and epidemic prevention department, and combined with its own business situation, the company timely realized the resumption of work and production. After resuming work, according to the market development demand of electric power industry, under the premise of ensuring effective prevention and control of COVID-19, the company actively adopted effective preventive and control measures to meet the needs of customers, and realized the steady growth of the company’s business. Meanwhile, during the reporting period, the company continued to strengthen the construction of technical service team, improve customer service level and customer satisfaction, and maintain a leading market share in power grid bidding. In addition, the company strengthens the construction of overseas market, actively expands the overseas electricity meter Market and acquisition system product market, so as to lay a good foundation for improving the competitiveness of overseas market.

According to the data of digbei.com, Wansheng intelligent is mainly engaged in the R & D, production and sales of smart meters, electricity information acquisition systems and other products, and is committed to providing professional metering products for domestic and foreign customers in the power industry.