On May 7, Antu released the first Android mobile phone performance list of Antu V9. Antu V9 has made great adjustments in the running scene, algorithm and other aspects, and the final score is also quite different from that of the previous V8 version. The comparison between the two versions is of little significance.

Now Antu has released the latest V9 version of the mobile phone performance list, which can play the latest reference role.

It is understood that the time of data statistics of the released list is from April 1 to April 30, 2021, and the results in the list are the average scores rather than the highest scores. 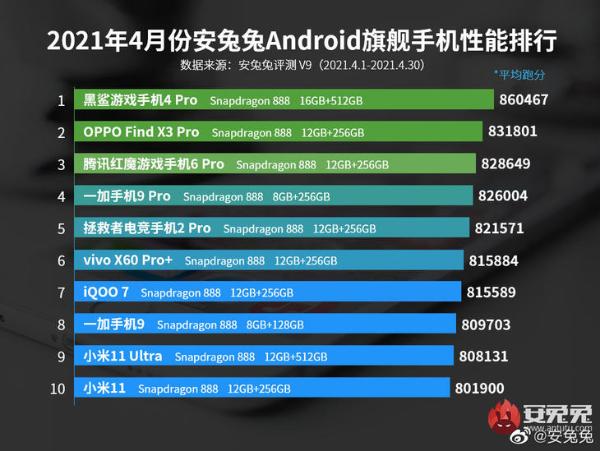 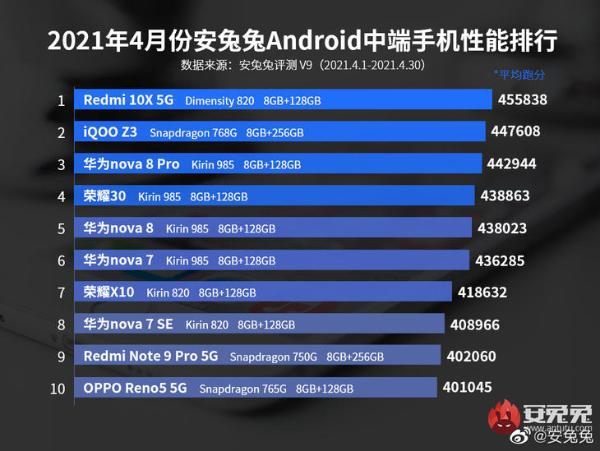