Speaking of 5g, it seems that we are not unfamiliar with it. However, the first batch of 5g mobile phones in China mostly adopted the design of external single-mode 5g baseband. In addition, the early 5g terminal equipment was expensive and the supporting infrastructure was not perfect, which did not give many users a good impression. Since 2020, the construction of 5g SA, as the clear direction of national 5g planning, has been in rapid progress. The new 5g base stations built by operators are basically default to SA, but many of the first 5g models are also facing the embarrassment of being out of date.

China Unicom, one of the three major operators, pointed out in the white paper V4 (2021) of China Unicom 5g terminal released this year that in the first year of 2021 5g application, strengthening low-frequency band support, supporting carrier aggregation, and supporting vonr high-definition calls are the three major tasks of China Unicom in the new stage. The standard is also considered by many professionals as the definition of the third generation 5g mobile phone.

Realme GT Neo, released at the end of March, is a mobile phone that fully supports the above standards. It claims to have a 5g experience that is “not out of date in three years”. Its first MTK Tianji 1200 has not only improved its performance, but also improved its 5g support.

First of all, Tianji 1200 adopts TSMC’s 6nm process with higher transistor density, and its built-in integrated 5g baseband not only reduces power consumption, but also saves precious space inside the mobile phone, making the mobile phone body thinner, at the same time, it can plug 4500mAh batteries, providing guarantee for the smooth enjoyment of 5g.

Dual 5g SA standby: it supports dual card 5g standby under SA / NSA dual-mode networking, two cards are stationed in the network at the same time, and the 5g network with better signal can be switched intelligently at any time. At the same time, both cards support SA independent networking, adapt to the future 5g network environment, and obtain a complete 5g experience.

Dual card 5g high definition voice (vonr): both calls and Internet access will be carried by 5g network. Compared with volte, the call quality will be greatly improved, with lower delay, higher quality of audio and video, and improved user experience. Vonr can realize high-definition voice call and avoid the problem of signal falling back to 2G / 3G / 4G.

At the same time, in addition to the more power-saving 6nm process and the more powerful A78 architecture, the biggest upgrade of Tianji 1200 is the support for dual channel ufs3.1 flash memory. The continuous reading and writing speed has been doubled. It is faster and more time-saving to install or update software. With the high-speed download brought by 5g, Tianji 1200 bid farewell to the long wait.

In addition, we can find out from the official website of realme that zhenwo GT Neo has rich support for 5g band. Among them, in addition to the current mainstream n41 (mobile) and N78 (Unicom and Telecom), there are n28a and N79 being jointly built by China Mobile and radio and television, and N1 to be deployed by China Unicom and Telecom in the future. It can be seen that “5g experience is not out of date in three years” is true. 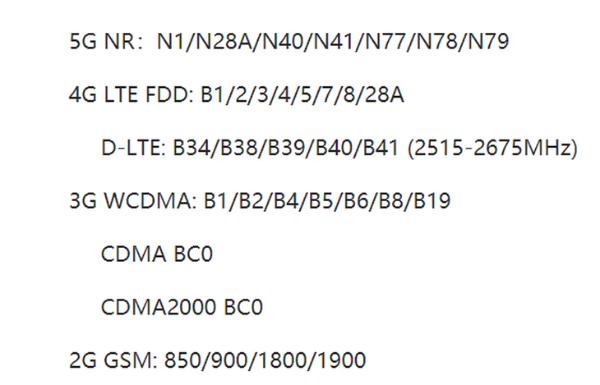 By virtue of the full blood 5g experience advantage that many high-end mobile phones don’t have, zhenwo GT Neo has become the third generation of 5g mobile phones and implemented the product concept of “dare to surpass the level”. In addition to its light design and the price of 1799 yuan, it has been very popular since its launch, becoming the first top 5g mobile phone for many young people.

It is worth mentioning that for those young users who not only pursue the leading 5g network experience, but also pursue the ultimate performance, zhenwo GT Neo also provides a 12 + 256gb large-scale storage version, with the ultimate cost performance ratio of 2299 yuan. It can be said that it is the top configuration in the top configuration, and has attracted countless young people’s pursuit. If you are also interested in such a top performance flagship, I really GT Neo can’t miss it.