A netizen recently exposed the high-definition rendering of Apple’s ipad Mini 6, showing its appearance design and some configuration information.

According to the pictures, the ipad Mini 6 will adopt a new ID design this time, and the design of the iPad air 4 will be used as a whole. For the first time, the full screen + Touch ID scheme is adopted on the product, with a front screen size of 8.9 inches, a resolution of 2360 * 1640 and a maximum brightness of 500nits. 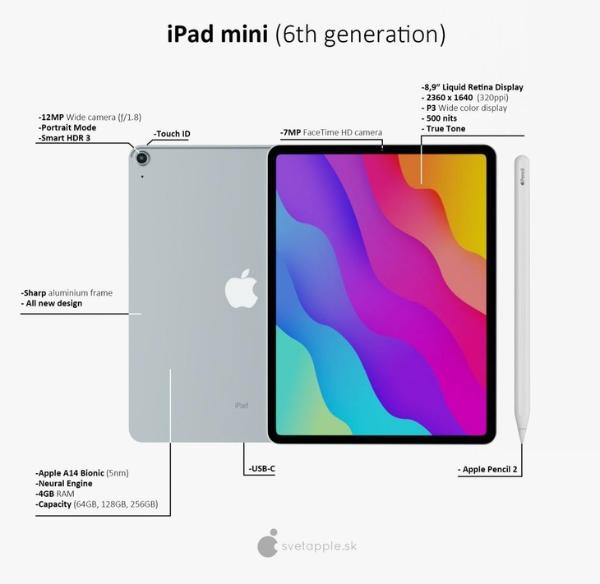 The touch ID fingerprint identification button of the entity is set at the top of the upper right corner, which is integrated with the power key. The appearance of the whole machine is also square and right angle frame design, and the back is equipped with 12 megapixel single camera.

In terms of core configuration, the ipad Mini 6 will be equipped with the same A14 bionic chip as the iPhone 12 series, with three kinds of internal storage spaces of 64 / 128 / 256.