Editor’s note: it is an extensive and profound economic and social systematic change to achieve carbon peak and carbon neutralization. As a result, a “green” as the goal of national emission reduction action will also be opened. The central government has issued supporting policies, local governments have accelerated the preparation of action plans, and the roadmap for the implementation of the “two carbon” goal across the country has gradually become clear. With the acceleration of industry transformation and enterprises taking the lead, one sample after another is groping for a new picture of China’s “zero carbon economy”.

Can a small bottle of solution capture carbon dioxide? In the carbon capture Laboratory of the greenhouse gas emission reduction and clean fuel technology department of Huaneng Group, fan Jinhang, the secondary business manager of the greenhouse gas emission reduction department, demonstrated the experimental process for Beijing business daily. For the captured carbon dioxide, utilization and storage is the main treatment method at present. This is the CCUs (carbon dioxide capture, utilization and storage) technology that China has accelerated to develop and demonstrate in recent years.

Because this technology can not only capture the carbon dioxide emitted in the production process of coal-fired power plants, so as to reduce carbon emissions, but also produce economic benefits through the use of carbon dioxide, it has become an important technology trend to deal with climate change. However, the commercialization of CCUs still has some problems, such as high cost, high energy consumption and so on. 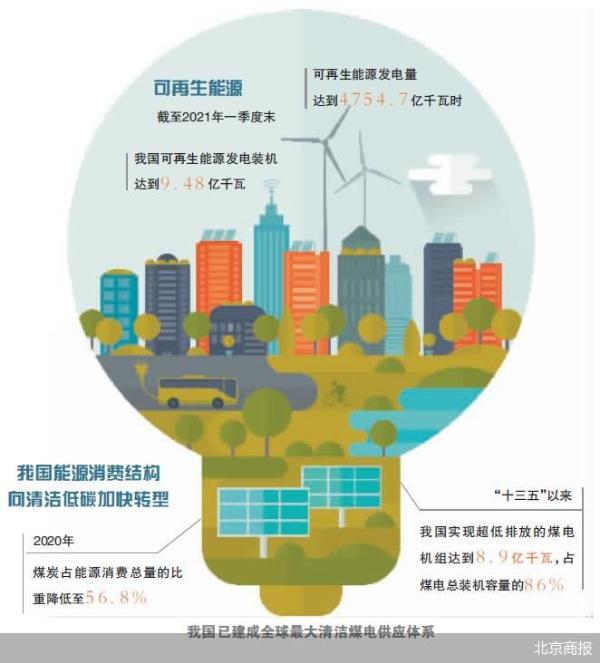 Where does carbon dioxide go

In Liu LianBo’s view, to solve the problem of carbon dioxide emissions or emission reduction, it is still necessary to carry out permanent geological storage of carbon dioxide“ From the perspective of history, sequestered carbon dioxide may also become a carbon source in the future. “

Carbon emission reduction has never been a new topic. On the eve of the 2008 Olympic Games, Beijing’s “blue sky plan” has given traditional energy enterprises an examination of the times. In that year, Huaneng built China’s first carbon dioxide capture project of coal-fired power plant in Beijing Gaobeidian thermal power plant. The construction of this CCUs project with independent intellectual property rights also has a tortuous process.

In 2007, Gao Shiwang’s team of Huaneng qingneng Institute was assigned to build a carbon capture device in Huaneng Beijing thermal power plant. But just as the project was about to start, the drawings and technical data of the Australian partners were suddenly unavailable.

Gao Shiwang had to base himself on China and transplant carbon capture technology from chemical industry to electric power industry. Due to the great technical difficulty, Gao Shiwang’s team had to study independently and put forward the key innovative technology. After nearly a year of efforts, the carbon dioxide capture device built in Gaobeidian thermal power plant in 2008 produced food grade carbon dioxide, filling the domestic gap.

“As China’s first capture device, this project announced to the international community that China has mastered the technology of carbon dioxide capture and broken through the neck technology, which also gives China a certain bottom card in the international climate negotiation table.” Liu LianBo said, “last month, we reached a cooperation with Australia to export Huaneng’s CO2 capture technology with independent intellectual property rights to Australia. This is also the first time that China’s CO2 capture technology has been exported to western countries.”

High cost of back feeding

Besides being cleaner and more environmentally friendly, there is another advantage to using carbon dioxide: it can make money. Unlike the traditional CCS technology, which has no additional economic returns, CCUs increases the carbon dioxide utilization (U) link, through which the R & D and demonstration investment related to CCS can be fed back.

“Large scale application of carbon capture technology still faces great obstacles.” Xiao Ping, deputy secretary of the Party committee and President of Huaneng qingneng Institute, told Beijing business daily, “in terms of energy efficiency, authorities generally believe that the use of carbon capture technology in coal-fired power plants will reduce the power generation efficiency by about 10 percentage points, which is equivalent to the efficiency level of coal-fired power units in the 1980s and 1990s, and the cost is very huge.”

R & D enterprises have to invest a lot of costs, how will coal-fired power plants with additional equipment cope with the high investment“ After the power plant is installed with equipment, it can make up for the cost increase caused by the installation of equipment to a certain extent by applying for the corresponding financial and tax subsidies and power generation hours subsidies. ” Liu LianBo said, however, in order to realize the large-scale industrialization of CCUs, the state still needs to introduce relevant fiscal and tax subsidies from the policy level, or cover the cost of carbon capture, utilization and storage through carbon market trading, so as to realize the healthy and stable development of the whole CCUs technology.

In the context of carbon neutrality, what role will coal-fired power plants play in the new power system? Liu LianBo said that it is mainly to cooperate with the power system with new energy as the main body to undertake the role of peak shaving, while maintaining the stable operation of the power system.

Clean coal electricity mainly uses dust removal, desulfurization, denitration and other technical means. For carbon dioxide in coal-fired power plants, we should improve the efficiency of coal-fired power generation from the source and adopt CCUs technology at the end. Liu LianBo believes that after reaching the peak of carbon, it is necessary to consider which existing units are facing elimination and which units continue to serve. Therefore, it is necessary to consider whether the unit is suitable for installing CCUs equipment.

Xiao Ping believes that in terms of carbon reduction, Huaneng will maximize its carbon emissions through efficiency improvement, and CCUs technology will become a bottom up technology, which is of great significance.

However, it is obvious that carbon peaking and carbon neutralization is a bigger game. In addition to “carbon reduction”, we should “replace carbon”“ Huaneng first focuses on developing more new and renewable energy to replace carbon. Renewable energy also has the technical and economic conditions for large-scale carbon replacement, and will play the most important role. ” Xiao Ping said.