Oppo reno6 series new products will be released soon. On May 20, the official product appearance TVC will be released, and oppo star Zhou Dongyu will join hands with oppo reno6 again. The video also shows the brand new color “summer clear sea” brought by reno6 series. When the sun shines on the back shell of the mobile phone, it immediately presents a delicate and shining vision and fresh color, just like “solidifying” the sparkling light of the sea on it. 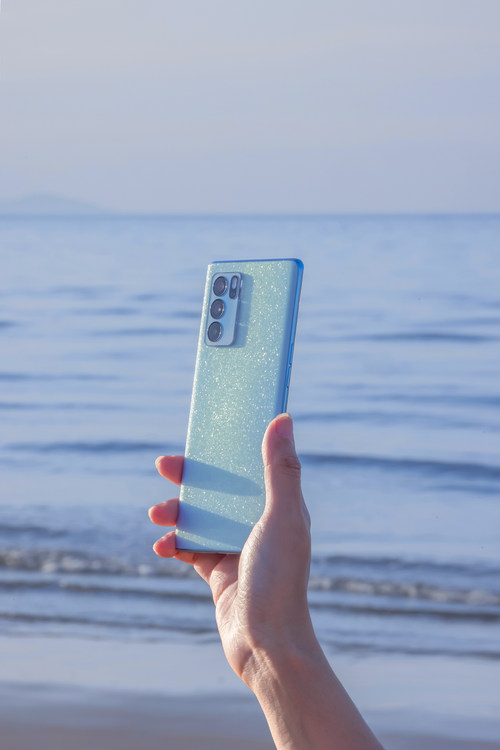 According to the official introduction, oppo reno6 series builds a miniature landscape in the back shell of the mobile phone, simulates the top ten most beautiful sea areas in China, restores the sparkling sea in summer, and establishes a romantic intuitive association between the product and the sea, creating a dreamlike beauty of the sea. The reason why it can create a more brilliant wave effect is due to the latest upgrade of “Diamond 3.0 technology”. The flash point reflected by it has increased from 0.02mm of the previous generation to 1mm, and the area has increased by 50 times. At the same time, in order to create a sense of wavy lines, the diamond 3.0 process can control the direction of crystal growth, just like a “natural growth” diamond.

Senior Digital blogger @ Mr. fierce gave a very high evaluation on the evolution of Reno series glass surface technology: now the third generation 3.0 (Diamond Technology), a large area of crystals have the same direction, and the local brightness is higher under the light irradiation. The new generation of crystals cover a larger proportion, arrange more closely, and feel more delicate. Strictly speaking, this is no longer a glass process, but a “composite”. Once this level of technology is mastered, other companies will not be able to catch up with it in the short term, because it is not a technology dominated by the supply chain, and there is no possibility of follow-up. 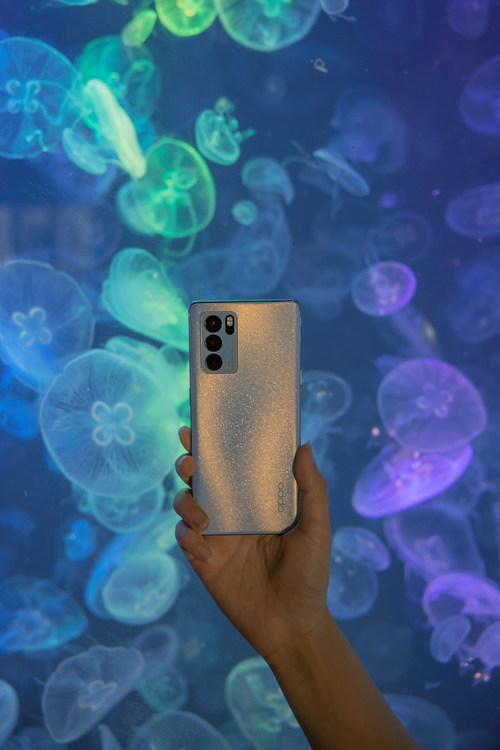 Combined with the official poster, oppo reno6 series will bring us the familiar “Star River dream” and another new color “moon sea” in addition to “summer sunny sea”. In addition, according to the previous exposure, reno6 series will launch a new 5g processor, and upgrade the z-axis / X-axis vibration motor to bring better performance and vibration feedback to gamers. Interested friends can look forward to its release at 18:00 on May 27. 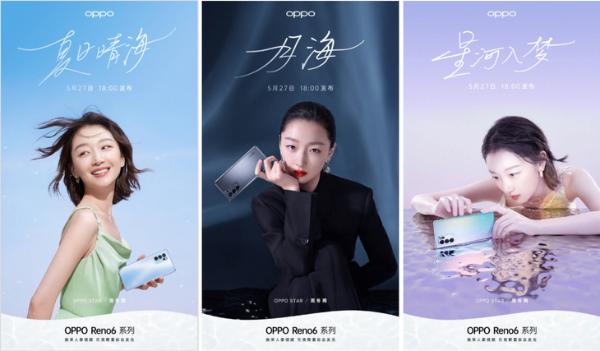