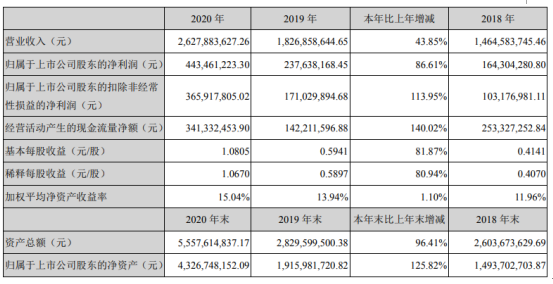 The company provides all kinds of operating system software products with high universality and strong expansibility, and realizes incremental value for customers with the world’s leading artificial intelligence vision engine and other deep differentiation technologies. The company’s intelligent software products have the characteristics of “connecting the preceding and the following” in the ecological chain of intelligent terminals. It builds a network ecosystem with the operating system as the core industry, and obtains a large number of partners throughout the global industrial chain. Its customer resources cover the world-famous chip manufacturers, component manufacturers, terminal manufacturers, Internet manufacturers, etc. During the reporting period, the company’s intelligent software business achieved an operating revenue of 1162152800 yuan, an increase of 20.24% over the same period of last year.

Since its establishment, the company has focused on the research and development of operating system technology, established the underlying intelligent operating system software technology, and integrated the key technologies into the chip. On the one hand, the advantage of “chip + full stack” makes the company’s operating system technology scarce; on the other hand, the terminal customers have a high conversion cost for the selected hardware platform, so they have a strong dependence on the company. The company has carried out in-depth cooperation with the world’s major chip manufacturers, and its main customers include Qualcomm, Huawei, arm, Intel, Samsung, Renesas, Ti, etc. During the reporting period, the company’s income from chip manufacturers was 351579100 yuan, an increase of 2.53% over the same period last year.

According to the announcement, the company’s profit distribution plan approved by the board of directors is as follows: with 423150107 shares as the base, 2.2 yuan of cash dividend (tax included) will be distributed to all shareholders for every 10 shares, 0 bonus share (tax included) will be given, and 0 additional share will be transferred to all shareholders for every 10 shares with capital accumulation fund.