According to relevant data, in the fourth quarter of 2020, Apple sold 55.6 million wearable devices, with a year-on-year growth of 27.2%, and its market share reached an amazing 36.2%. This sales performance also successfully made apple the king of wearable devices in the world. Although apple is a big winner in terms of ranking, in terms of specific consumer categories, apple must remain vigilant and pay attention to the actions of its peers in the field of wireless headphones.

It is understood that in the fourth quarter of 2020, apple won 45.6% of the market share of the smart watch market by virtue of the three smart watches with different prices of Apple watch S3, S6 and Se, attracting many consumers At the same time, Apple’s performance in the field of wireless headphones is somewhat inferior. Its wireless headphone shipment volume dropped to 22% from 28% and 29% in the previous two quarters, which also shows that more and more peer partners have joined in the competition for wireless headphones and successfully divided up Apple’s cake. 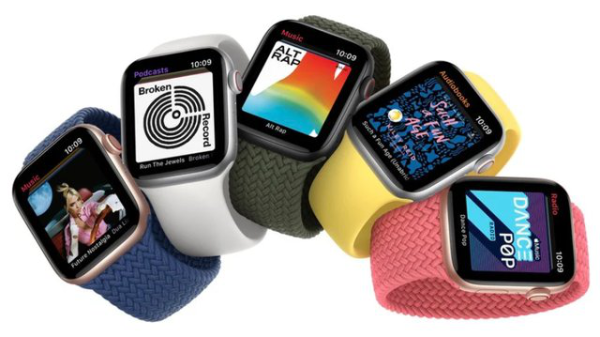 In this quarter, Xiaomi and Samsung took the second and third place in the global smart wear market, with 13.5 million and 13.5 million units shipped, respectively, with 8.8% and 8.5% market share. We can see that in the fourth quarter of 2020, Xiaomi and Samsung are very close to each other, and Xiaomi has only won by a slight advantage. I think Xiaomi must be well prepared.

In the past fourth quarter of 2020, apple proved to the outside world that big brother is still big brother with its sales performance. Even if there are a lot of friends in the same industry chasing and blocking, Apple’s dominant role will not change. As for Xiaomi, after eating enough of the cost-effective bonus of Bracelet products, it has also found the new ignition point of wireless Bluetooth headset, so the performance is passable, but this does not mean that Xiaomi will be able to use it from now on After all, Samsung’s subversion is a matter of minutes.