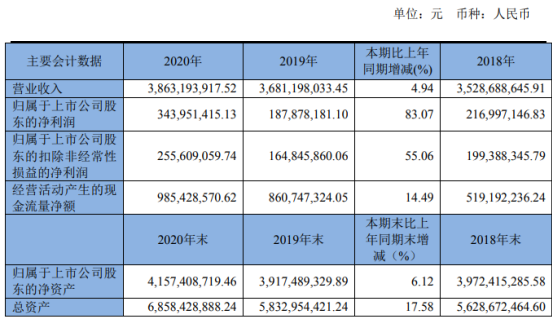 According to the announcement disclosure, the profit distribution plan or the plan of converting provident fund into share capital approved by the board of directors during the reporting period: according to the audit report (zztz [2021] zsz No. 0100004) issued by Zhongzheng Tiantong Certified Public Accountants (special general partnership), the net profit of Sifang parent company in 2020 is 233003035.22 yuan, and the accumulated profit available for shareholders’ distribution is 1378 yuan, 188370.06 yuan. The company plans to distribute RMB 9.80 (tax included) for every 10 shares based on 813172000 shares at the end of 2020, with a total cash dividend of RMB 796908560. The remaining undistributed profit shall be carried forward for subsequent annual distribution. In this profit distribution, the capital reserve will not be converted into share capital and bonus shares will not be given.