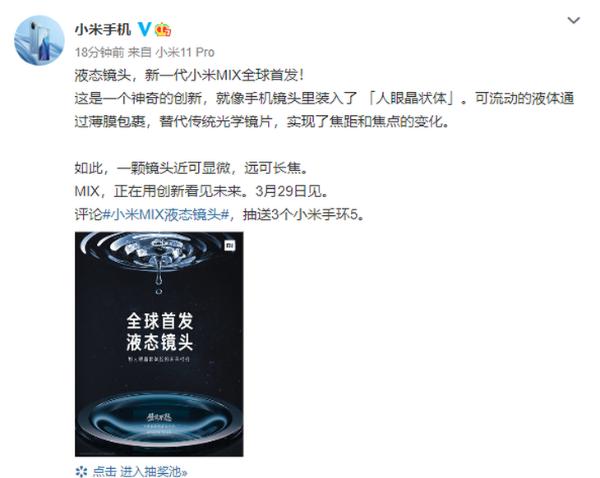 The official announcement of Xiaomi said: liquid lens, the new generation of Xiaomi mix is launched in the world! This is a magical innovation, just like the “human lens” in the lens of a mobile phone. The liquid can flow through the film package, instead of traditional optical lenses, to achieve the change of focal length and focus. 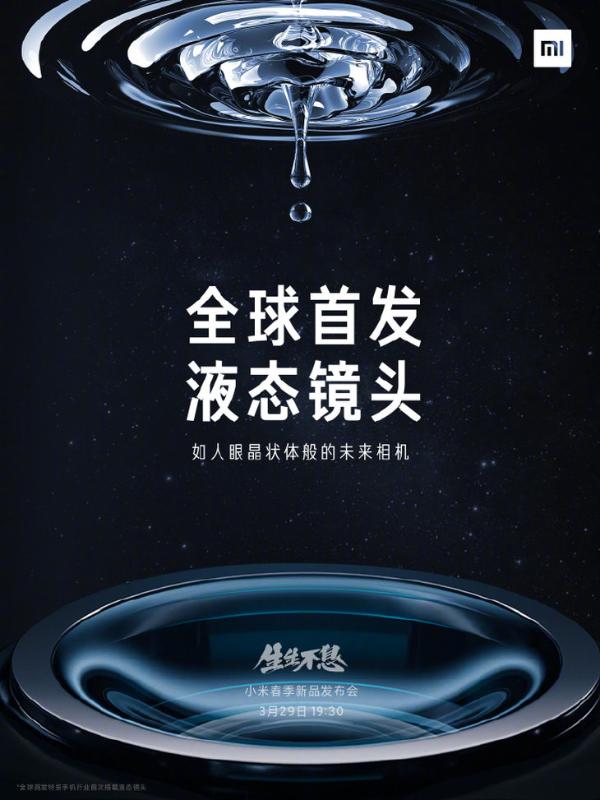 It is reported that Xiaomi mix will probably appear in the Xiaomi press conference on March 29. Let’s pay attention to it together.