The demonstration project of the world’s first 200000 kW High temperature gas cooled reactor nuclear power plant has attracted much attention since its construction, and every step of progress has become the focus. Recently, the “first show” time of this demonstration project has also been announced.

Qian Tianlin, member of the National Committee of the Chinese people’s Political Consultative Conference and director of the Ministry of science, technology and information technology of CNNC, recently revealed that the demonstration project will be loaded in April, and the power generation will be put into commercial operation by the end of this year.

The demonstration project of the world’s first 200000 kW High temperature gas cooled reactor nuclear power plant adopts the traditional steam cycle, and its power generation efficiency can reach more than 40%, which is the highest nuclear reactor at present. In addition, its safety is also greatly improved, which can ensure that the reactor will not have core melting and radioactive release in any accident. 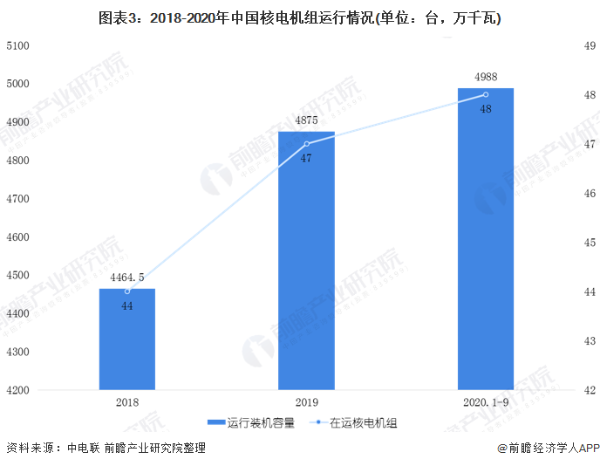 Although China’s nuclear power construction is in a period of rapid development, it maintains the keynote of “stability”. The number of new units is small, and the investment in nuclear power projects has declined. According to the statistics of the China Federation of electric power enterprises, from January to October 2020, 25.9 billion yuan will be invested in the power supply projects of major nuclear power enterprises in China, a year-on-year decrease of 0.4%. 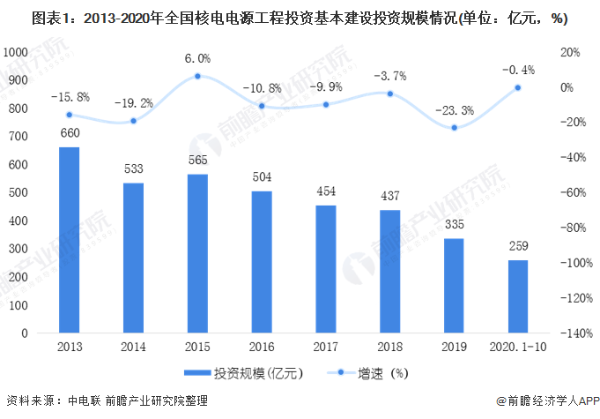 This article is from foresight. Please indicate the source. This article only represents the author’s personal point of view, this site only provides reference, does not constitute any investment and application suggestions. (for content, copyright or other issues, please contact: service@qianzhan.com ）