The Suez Canal flew out of the black swan, who did not expect that the “artery” of Global trade would be blocked by a cargo ship, so that the ships queuing on the Suez canal could only wait. The butterfly effect has emerged. After all, 12% of Global trade will pass through the canal, and the price of crude oil and other related commodities will rise. At present, no one dares to say how long it will take to make the giant move. 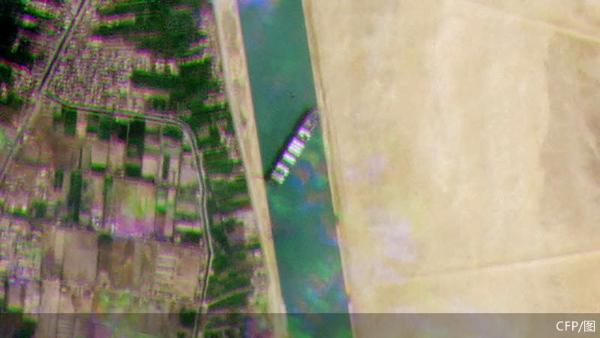 On the 24th, satellite images showed that the “ever given” freighter had an accident on its way to Holland when it passed through the Suez Canal. It was horizontally stuck in the canal, blocking two-way traffic for more than 10 hours.

Without warning, the Suez Canal was “stuck” like this. On March 23, a freighter “ever given” of Taiwan’s EVA group, on its way to Holland, deviated from the channel due to strong wind attack, finally ran aground and stuck in the middle of the channel, resulting in the paralysis of the whole canal in the north-south direction.

Data from the ship’s real-time location website show that the freighter “lies horizontally” 6 kilometers north of the southern end of the Suez Canal, with its bow facing northeast and stern facing southwest. The location of the incident is a single line canal area, which is relatively narrow.

It is reported that the “Changci” is one of the largest container ships in service in the world, 400 meters long and 59 meters wide, with a carrying capacity of about 220000 tons, and can carry 20388 standard containers. According to the information on EVA marine’s official website, “Changci” set out from Kaohsiung, Taiwan in late February. After passing through Qingdao, Shanghai and other ports, it went north to Suez Canal on March 23 and planned to arrive at Rotterdam, the Netherlands on April 1.

At present, it seems that climate conditions are an important reason for the grounding of “Changci”, which is attributed to strong winds in the region by an Egyptian official who did not want to be named. Egypt’s Meteorological Bureau said that the region 22 strong winds and sandstorms, gust speed as high as 50 km / h.

Taiwan evergreen shipping company of China also said on the 24th that when the container ship entered the Suez Canal from the north of the Red Sea at 8:00 a.m. local time on March 23, Egypt, it was suspected that it was hit by an instant strong wind 6 nautical miles south of the estuary, causing the ship to deviate from the channel and accidentally hit the bottom and run aground.

After being blocked, the Suez Canal Authority immediately sent a number of tugboats for emergency rescue, and sent out excavators to try to remove the silt, hoping to move the freighter. However, the excavators almost shook the big tree for the “Changci”.

With 400 meters of hull and 280 meters of river, the difficulty of rescue can be imagined. Shipping experts analyzed the photos of the “Changci” and calculated that the protruding “light bulb” hull of the ship may be buried 5 meters deep in the canal wall, making the rescue mission more difficult.

The company responsible for the rescue is SMIT, a subsidiary of Royal persicaris. In the early hours of Thursday local time, SMIT has sent a team of eight to board the ship for inspection and evaluation. The main content of the initial underwater assessment was the bank slope at this location of the canal. Schuttavaer, a spokesman for Royal persicaris, said this means that ballast water and fuel on board may need to be removed to reduce its weight for transfer.

According to Reuters and CNBC, a shipping source and eyewitness said that the giant cargo ship Changci, which paralyzed the Suez Canal, had partially resurfaced and moved along the canal shoreline. Suez Canal Authority said that nine tugboats have participated in the rescue work, and the canal is expected to resume normal navigation as soon as possible. 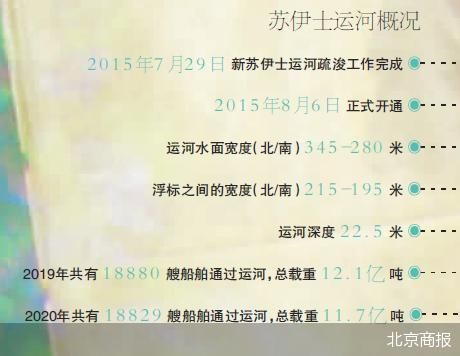 What is difficult is not only the “Changci” which was “stuck”, but also the hundreds of ships waiting for “customs clearance” on the Suez Canal.

A total of 185 vessels were waiting to cross the canal on Wednesday local time, according to shipping data collected by Bloomberg, while Lloyd’s shipping daily estimated 165. Arthur Richier, senior freight analyst at vortexa, said preliminary intelligence showed that 10 oil tankers with 13 million barrels of crude oil could be affected by the congestion of the Suez Canal channel.

Han Xiaoping, chief researcher of China energy network, pointed out that compared with the Chinese market, the accident has a greater impact on Europe, especially in southern European countries such as Italy, because most of the domestic oil does not go through the Suez Canal, but the fluctuation of global oil prices will indirectly affect the domestic market. Freighters can also choose to bypass the Cape of good hope, but the cost of transportation will certainly increase significantly.

The blockage of the Suez canal could have a negative impact on the global energy supply chain, according to Bloomberg. The reason is that refineries in Europe and the United States rely on the Suez Canal to transport Middle East oil. If the canal continues to block, importers may have to find alternative supplies, thus raising the price of alternatives.

Lin Boqiang, President of China Energy Policy Research Institute of Xiamen University, said frankly that this has a great impact on the oil price. The oil price has risen a lot in one day. It is not clear how long and how serious it will be. However, the impact on the oil market will not be long. Once it is dredged, the oil price will lose its support and go down further under the influence of the epidemic.

Other commodity trading markets are also nervous. For example, the world’s largest pulp manufacturer warned that the global cargo ship congestion may lead to disruption of wood pulp supply. Suzano, a Brazilian based wood pulp manufacturer, mainly transports wood pulp in bulk carriers. Walter schalka, CEO of the company, said that with the surge in demand for container ships, the tight situation has begun to spill over to affect bulk carriers and may cause Suzano’s shipment to be delayed.

The loss is more than that. “Any long interruption means that the ship needs to change course, which will push up the freight rate.”. Chun hyungjin, a researcher at the Korea Maritime Research Institute, said. Leszczynski, head of research at banchero Costa, a shipping brokerage, said the vessel’s detour around the Cape of good hope would increase the voyage from Asia to Europe by about two weeks, bring huge additional costs and disrupt all flight arrangements. 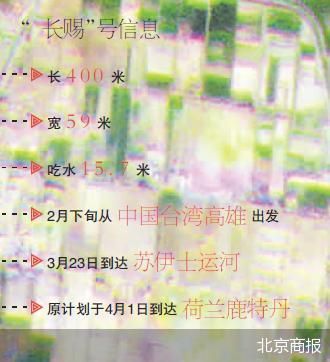 Big but not right?

As the “artery” of trade, the Suez Canal was built in 1869, connecting the Mediterranean Sea and the Red Sea. It is the shortest channel from Europe to Asia, and also one of the most important and busy navigation channels in the world.

Although the black swan incident was unexpected, it may not be entirely unexpected from the development of Global trade.

With the rapid growth of Global trade volume, super large freighter has increasingly become the main carrier of Global trade, and big has become the only direction of ship manufacturing. In terms of size, the Changci is almost the same as the Empire State Building in New York.

Changci is not the largest. As a big shipbuilding country, Japan’s Yokosuka Manufacturing Institute once built the “nork Nevis”, 458 meters long and 69 meters wide, with a full load of 825344 tons. It is a super tanker of super large crude oil carrier class, with a captain longer than the Eiffel tower lying down.

With the increasing volume of freighters, the Suez Canal is hard to bear. In 2004, there was a serious accident in the Suez Canal. After the oil tanker “tropical brilliance” ran aground, the Suez Canal was forced to close for three days. Finally, after 25 000 tons of oil was pumped out, the ship was able to get out of trouble.

Later, in order to adapt to the growing “expansion” of the ship, the Suez Canal began to expand. In 2015, the Egyptian government completed a major expansion of part of the canal basin to accommodate the world’s largest ships.

Even so, accidents of ship grounding still happen occasionally. In October 2017, a container ship of OOCL suffered mechanical failure, deviated from the route and ran aground on the beach for several hours; in November 2020, the “Al muraykh” of Herbert ship ran aground on the canal for more than five hours.

However, Han Xiaoping pointed out that at present, the level of navigation technology is very high, and large cargo ships are very modern. Generally speaking, the probability of such an accident is very small, and this accident may also be related to management and other issues.

As for the turning point of the accident, according to Nick Sloane, the person in charge of handling the 2012 Costa Concorde reef accident, the water depth of Suez Canal is expected to increase by 46 cm when the spring tide comes on Sunday or Monday, which will bring more space for rescue work.