The streamer desktop of myos adopts Android native drawer mode, which can drag out the application in the drawer and place it freely. The overall style is fresh and simple.

Streamer screen takes the time axis as the main line, through AI technology, according to our commonly used time, place, use frequency and other information, on the desktop in the form of waterfall flow, intelligent push small components to us.

Spotlight application set function is different from the same background color and shape of ordinary folder. It adopts highly customized operation mode, allowing you to play freely and create your own unique smart desktop.

MyOS combines the sidebar and the small window. Any window can trigger the application window through the sidebar. During the video advertising period, the game revival time, or when the sound is tiktok, all other APP can be operated through the suspension window. 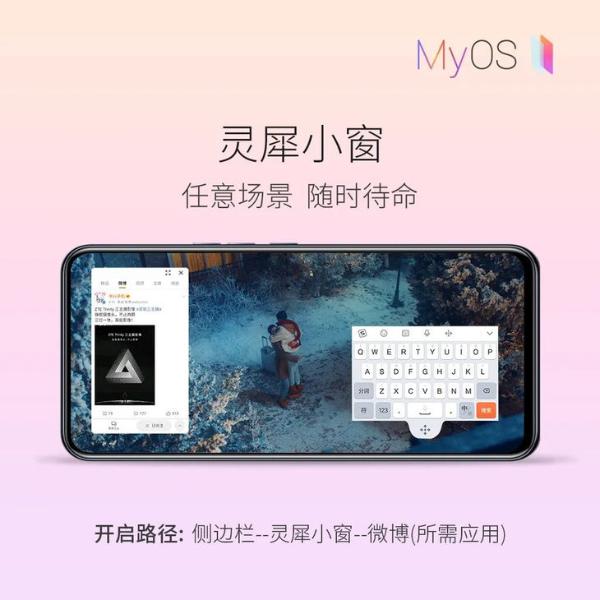 Myos has added 6 sets of 13 kinds of dynamic screens, such as the lunar phase screen. According to the astronomical calendar, through three-dimensional modeling, the moon can pass through the deep space to the front of the eyes. When the screen is extinguished, you can see the full moon.

Myos has been launched on ZTE S30 series mobile phones, and the subsequent update plan is shown in the figure below.