It’s time to shift the focus of expanding domestic demand to the demand side and develop new types of consumption. On April 1, the relevant person in charge of the national development and Reform Commission disclosed in response to a reporter’s question on the implementation plan for accelerating the cultivation of new consumption (hereinafter referred to as the implementation plan), which was issued recently, that relevant implementation measures will be formulated to guide all regions and industries in benchmarking advanced, reform and innovation, and characteristic development, so as to cultivate a number of representative new consumption demonstration cities and leading enterprises in batches Industry. Relevant work will be started in the near future.

“Objectively speaking, there are still some shortcomings, pain points, difficulties and blockages in the new consumption field. For example, unbalanced regional development, insufficient infrastructure, lagging public services and poor circulation network in some areas are prominent; the industry development is insufficient, and the supply of some policies and systems does not match with the actual development demand; the business environment needs to be optimized, and access restrictions are not standardized, platform monopoly and unfair competition restrict the healthy development of the new economy. ” The above-mentioned person in charge said that the “implementation plan” is to anchor the above-mentioned problems and suit the remedy to the case. 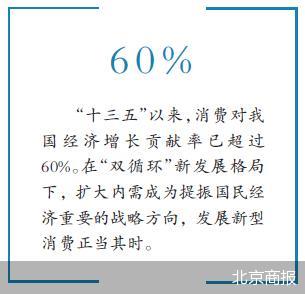 At a regular press conference held by the Ministry of Commerce on the same day, Gao Feng, a spokesman, further revealed that he is now stepping up the preparation of the “14th five year plan” for e-commerce, which is planned to be released in the second half of this year. In order to support the development of new consumption, the Ministry of Commerce, together with relevant departments, will speed up the cultivation and construction of international consumption center cities, cultivate a number of landmark business circles, create a quarter of an hour’s convenient living and consumption circle, and build and transform a number of convenient commercial facilities such as convenience stores, vegetable markets, breakfast shops and maintenance points.

In addition, the Ministry of Commerce will guide large-scale commercial circulation enterprises to sink into rural areas, build and transform a number of business centers in villages and towns, expand the coverage of rural e-commerce, speed up the improvement of county and rural three-level logistics distribution system, promote the construction of post production and commercialization processing facilities for agricultural products, speed up the replenishment of the short board of cold chain logistics for agricultural products, and upgrade and transform a number of public welfare agricultural products wholesale markets and agricultural trade markets Markets and vegetable markets.

Since the 13th five year plan, the contribution rate of consumption to China’s economic growth has exceeded 60%. Under the new development pattern of “double circulation”, expanding domestic demand has become an important strategic direction to boost the national economy, and it is time to develop new consumption. Last year, novel coronavirus pneumonia affected the economy, and the economy was frustrated. The new consumption pattern represented by live goods and community group purchase was quickly replaced, creating a new economic growth pole during the epidemic.

In this context, the development of new consumption in China is also gradually exposed. Gao Gao, Deputy Secretary General of the national development and Reform Commission, once pointed out at the regular policy briefing of the State Council that “the new infrastructure represented by 5g has just started, such as cold chain logistics and intelligent express delivery, and some service facilities suitable for residents’ living needs are still insufficient. In particular, the supply chain system of online and offline integration to adapt to the new consumption is not perfect, and the problem of talent shortage is also more prominent. This is more prominent in the vast number of small and medium-sized cities and rural areas. “.

In response to the above-mentioned problems, as early as last September, the general office of the State Council issued the opinions on accelerating the development of new consumption led by new formats and new models, and made it clear that by 2025, a number of new consumption demonstration cities and leading enterprises will be cultivated, and the proportion of online retail sales of physical goods in the total retail sales of social consumer goods will have increased significantly.

Up to now, the local governments have begun to lay out the construction of consumption center cities one after another. For example, Jiangxi issued the implementation opinions on accelerating the development of new consumption led by new business forms and new models, which made it clear that Nanchang city should be built into a consumption center city in the central region, and Ganzhou City, Shangrao City, Yichun City and Pingxiang City will be supported to build regional consumption centers.

At present, the focus of expanding domestic demand has shifted from investment driven to demand driven. Last December, the meeting of the Political Bureau of the CPC Central Committee put forward “demand side reform” for the first time.

Zhou Chunsheng, finance professor of Changjiang business school, said, “2021 is the first year of the 14th five year plan. From the demand side, one of the most important aspects of realizing the domestic big cycle is to stimulate domestic demand through consumption upgrading and promote investment through consumption.”. Wang Peng, assistant professor of Renmin University of China, pointed out that at present, the central government has stepped up its reform, especially in many areas involving people’s livelihood and the real economy. This also requires financial institutions to better serve the real economy, while policies continue to create more jobs to enhance consumer spending. “It is still necessary to make up for the shortcomings and use demand to drive supply, so as to truly enhance the overall efficiency of the national economic system.”