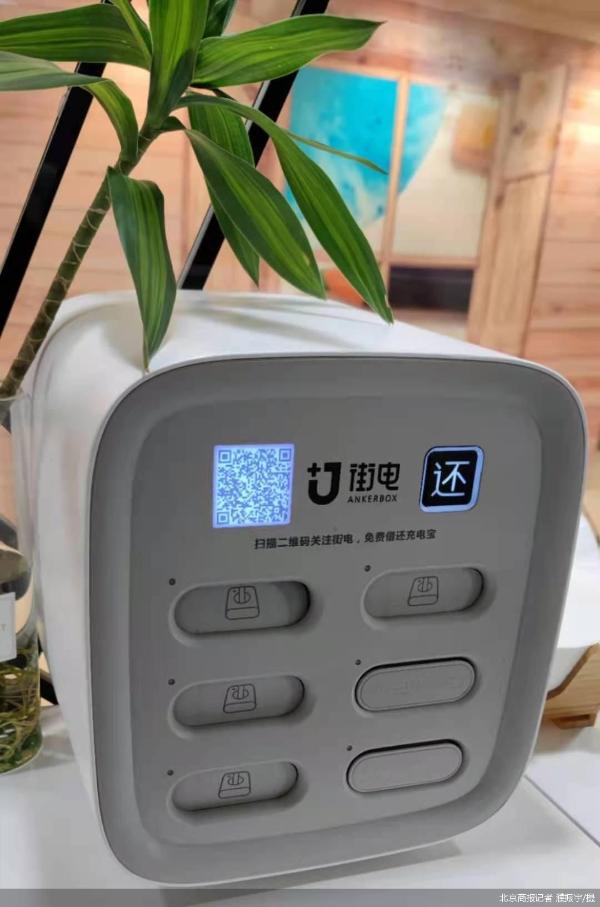 On the evening of April 1, when monster charging officially landed on NASDAQ and became the first share of shared power bank, Jiedian and soudian also announced a formal merger to become the first share of shared power bank. Industry insiders said that as the two brands still operate independently, the existing merger scheme of Jiedian and soudian can only create a paper number one in the industry. In the future, how to solve the competition between the two brands and realize the real integration of the management level will be the problem that the management team of the new group needs to think about.

The person in charge of Jiedian told Beijing Business Daily that Jiedian and soudian officially announced the merger, and the two sides will jointly form a new group company. The management teams of the former Jiedian and soudian will form a new board of directors together with the investment institutions, implement the joint CEO system, and jointly make decisions on the future development strategies of the two brands.

Jiedian was founded in November 2015, and its chairman is Chen ou, founder of Jumei Youpin. In August 2017, Jumei Youpin announced that it had completed the acquisition of Jiedian and would hold 60% shares of Jiedian. Founded in September 2015, soudian has been keeping a low profile in the industry. In March this year, it was rumored that soudian announced its wholly-owned acquisition of Jiedian at the internal staff meeting. Later, Chen Ou responded: “false.”

“In monster, small power and other enterprises have started the listing process, the slow street power has some weakness.” Zhang Xiaorong, President of deep science and Technology Research Institute, told Beijing Business Daily that the merger of Jiedian and soudian is actually a weak alliance, holding together for heating. At present, the business of sharing power bank is becoming more and more difficult. First, the business model is not clear all the time. Second, the enterprise can not form the core competitiveness, but the market competition is becoming more and more fierce.

Beijing Business Daily reporter noted that the head enterprises of sharing power bank are seeking to be listed one after another. In June 2020, Xiaodian technology signed a listing guidance agreement with Zheshang securities, planning to land on the science and technology innovation board. On April 1, monster charging was officially listed on Nasdaq, with an opening market value of US $2.7 billion (about 17.7 billion yuan).

For Jiedian, which has not yet started the IPO process, the merger with soudian will be able to share its latest financing. At the same time as the joint announcement was issued, soudian announced that it had officially completed two consecutive rounds of financing, with an accumulated financing scale of over 800 million yuan. The two rounds of financing were completed in the past six months, both of which were led and invested by Qianhai master fund.

“The merger of Jiedian and soudian is a sign of the maturity of the sharing power bank industry. In the maturity of the industry, the development dividend disappears, and all enterprises fight in the limited stock market. The competition is very fierce. No enterprise can expand the market rapidly by operating alone. In this context, a few surviving behind the scenes capital tycoons of several enterprises may sit together and rely on unconventional means such as mergers and acquisitions to achieve market expansion. ” Wang Chikun, an independent economist, told Beijing business daily.

They are still independent in business

It is worth noting that the merger of Jiedian and soudian will affect the existing market pattern of sharing power bank. According to the 2021 white paper on China’s shared power bank industry (hereinafter referred to as the white paper) released by frost Sullivan, a market consulting company, and toubao Research Institute, Jiedian, as a member of “three power and one beast”, is located in the first echelon of the industry, with more than 300 million registered users.

Compared with Jiedian, although soudian is only located in the second echelon of the industry, its expansion speed is faster. In 2020, the number of new equipment put into the market by “three electrics and one beast” shows negative growth. Only soudian has achieved positive growth in both the investment of equipment and the growth of income. Its registered users have exceeded 150 million, and its business covers more than 600 cities in China and more than 30 countries and regions in the world.

It is understood that monster charging has been regarded as the first of “three electrics and one beast” by the outside world. According to the joint announcement, after the merger of Jiedian and soudian, the user scale will exceed 360 million, the peak daily orders will reach 3 million, and the market share will become the first in the new industry.

However, the 360 million user scale is only the result of simple addition. After all, the merger of Jiedian and soudian is not comprehensive integration. According to the joint announcement, Jiedian and soudian will be the two major sub brands of the same group company, and maintain the original business and team independent operation. After the merger, the leasing methods of the two brands of equipment, the original rights and interests of registered users, and the authorization of agents and partners will not be affected.

Economist song Qinghui said that after the merger of Jiedian and soudian, the two brands still operate independently, and the cost of this merger is relatively low. However, the sharing power bank industry is not an industry that emphasizes brand effect. Even the brands of the same enterprise can hardly avoid “internal friction”. Therefore, it may be better to cultivate one brand than to keep two brands More valuable.

Wang Chikun believes that an incomplete merger can only achieve a truce at the investor or shareholder level, and the competition between the two brands will not stop. However, the reason why Jiedian and soudian made such an incomplete merger arrangement should also be a short-term transitional measure. Because if we directly promote the merger at the management level now, it may cause the loss of employees. If employees flow to competitors, it will have a huge impact on our own market.

Agent mode comes to the stage

Although the merger of Jiedian and soudian is not complete, both sides have made some directional arrangements for the future operation and development. According to the joint announcement, “the two sides will integrate the experience and expertise of the two brands in management and R & D, develop jointly and cooperatively at the levels of supply chain management, software and hardware R & D, and customer service, complement each other in business model and talent structure, and jointly explore the” direct agent model “of direct marketing and agency.

Direct mode is the mainstream mode of sharing power bank industry, which has the characteristics of heavy assets. In this mode, the shared power bank enterprise is responsible for all aspects of recruitment, promotion, scenario analysis, bidding, operation and maintenance, and is responsible for the profit and loss of the point. Jiedian is relying on the direct marketing mode to rapidly expand the market share in the early stage and occupy a large number of exclusive spots.

It is worth noting that soudian is a shared power bank enterprise that started with the agent model. According to the white paper, meituan, which has returned to share the circuit of power bank, is able to achieve rapid expansion in a short period of time and become the top echelon by virtue of the mode of agent joining.

Beijing Business Daily reporter learned that the franchise fee and investment amount of soudian are about 50000-100000 yuan, and the specific franchise fee is different according to the geographical division. Different cities, store sizes, franchise levels and other factors will affect the amount of equipment fee. The agent franchisees can get the brand promotion support and after-sales support from soudian.

Song Qinghui said that under the direct business model, enterprises can get a higher proportion of share, but they need to invest a lot of money in the early stage, which belongs to the heavy asset model. The agency model belongs to the asset light model, but the brand loyalty is poor, and the platform management and control ability is weak. Generally speaking, the direct business model is more suitable for the core cities and key business districts, and the agent model is more suitable for the sinking market. For the head enterprise, the mixed mode of the coexistence of the two modes will be the general trend. Beijing Business Daily reporter Qian Yu Pu Zhenyu