If the previous 8K war is the first shot in the field of full frame micro single, then the high pixel battle after that is the main play. Previously, we have reported that Canon’s next generation EOS R5 model may be equipped with CMOS photosensitive elements of 80 million pixels or even 100 million pixels. Naturally, Sony will not lag behind. After all, as a large semiconductor manufacturer, Sony’s strength in sensor research and development is beyond doubt. It is reported that Canon and Sony are expected to launch their first 100 megapixel lens replaceable cameras in 2022. Of course, both of them should be full frame micro single models. Moreover, Sony has been exposed a new sensor model imx555cqr, which is just 100 megapixel. If canon and Sony both launch 100 megapixel cameras, which one would you prefer? 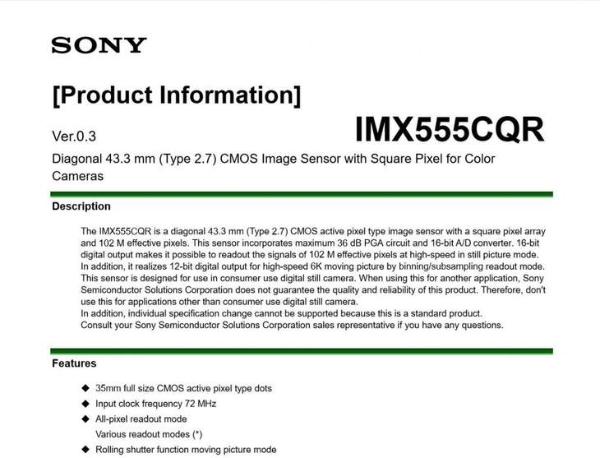