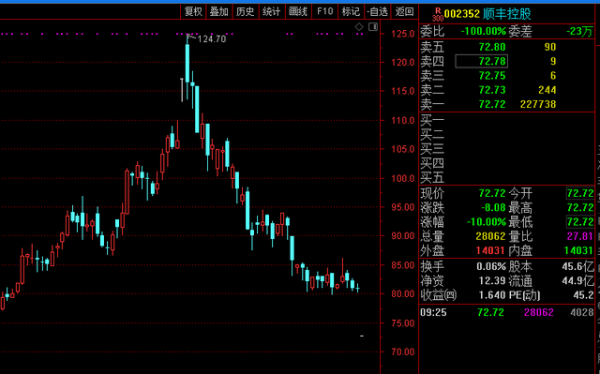 Affected by the news, SF holdings limited its opening price, and its share price hit a new low in nearly eight months. As of press release, there were more than 220000 closed orders, with a turnover of 890 million yuan.

For losses, SF holdings points out the following reasons:

1. The company is in a critical period of new business development. In order to expand market share and build long-term core competitiveness, the company continues to increase the pre investment in new business.

2. Last year, the epidemic situation delayed the pace of capital expenditure investment of the company to a certain extent, the upward trend of customer demand was obvious, and the company’s business volume grew rapidly, resulting in capacity bottlenecks in multiple links of express transportation. In order to ensure timeliness and service stability, the company began to increase temporary resource investment to undertake the increment in the fourth quarter of last year, resulting in cost pressure in the fourth quarter of last year and the first quarter of this year.

4. In order to meet the arrangement of e-commerce platform and customers not closing for the Spring Festival, and in response to the advocacy of reducing the flow of personnel, the company gave subsidies to first-line and second-line employees in the first quarter, a record high.

5. During the outbreak of the epidemic last year, the company adhered to the service, and the delivery of epidemic prevention materials and online consumer goods further promoted the high growth of time effective parts. The growth rate in the first quarter of this year was affected by this high base. At the same time, due to the arrangement of peers not closing for the Spring Festival in some regions, part of the bulk business was differentiated, and the growth of bulk business in time effective parts was lower than expected.

However, since the share price of SF holdings reached an all-time high of 124.70 yuan on February 18 this year, the company’s share price has continued to fall recently. For the loss, netizens have said that the huge loss seems to have a clue.

Analysts are not surprised by this. According to the 21st century economic report, analysts Mingxing and Sun Yan of Anxin securities believe that “due to the base effect and strong demand, the business volume of the express delivery industry in the first quarter of 2021 will definitely increase, but the price competition in the industry, the expansion of investment of express delivery enterprises, and the cost dividend of the same period last year and other factors may lead to the performance pressure of 2021q1 express delivery enterprises.”