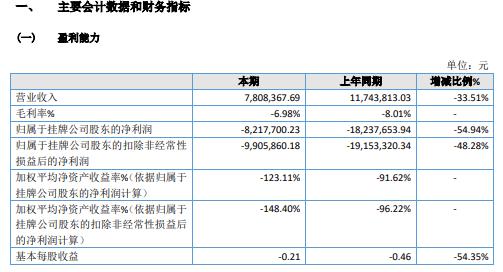 During the reporting period, the net cash flow from operating activities was -5009390.78 yuan, and the net assets belonging to the shareholders of the listed company was 2564401.62 yuan by the end of 2020.

The year-on-year decrease in revenue was 33%, mainly due to the fact that e-commerce business was a continuation of old projects and did not undertake new projects, resulting in a decrease in revenue. The decrease of income leads to the change of cost in the same direction.

According to digbei.com, the main business of ABC is rural e-commerce platform operation and FMCG agent sales.