On April 12, Senma clothing released its 2020 financial report, which showed that the company’s net profit fell 48% year on year. Senma clothing attributed the loss of performance to the impact of the epidemic, but in the process of its development, it is not difficult to find that the poor development of the core business of children’s clothing has a certain impact on its performance. Under the situation of sales decline of leisure clothing and children’s clothing business, Senma clothing will hope to turn its performance around by sinking its channels to the third and fourth tier cities at the same time of the new national trend. 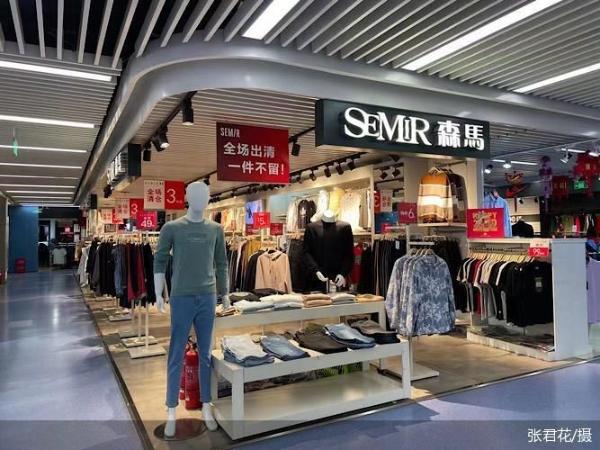 For the decline in net profit, Senma clothing explained that it was mainly affected by the epidemic.

In this regard, Cheng Weixiong, an expert in textile and clothing brand management and general manager of Shanghai Liangqi Brand Management Co., Ltd., analyzed that although the business of children’s clothing of Senma clothing has developed well in the past two years, its performance has been affected to a certain extent by the continuous expansion of stores, the increase of costs and the sluggish development of the whole clothing industry. In addition, as a traditional clothing enterprise, the development of e-commerce channels has become its short board. Coupled with the impact of the epidemic, the performance of semma clothing has declined.

Financial data show that as of December 31, 2020, Senma clothing has established 8725 offline stores in all provinces, autonomous regions, municipalities directly under the central government and overseas, including 681 Direct stores, 7693 franchise stores and 351 joint stores.

In July 2020, Senma clothing announced that it plans to sell 100% of the assets and business of its wholly-owned subsidiary sofizasas (sofizasas owns 100% equity of kidiliz group) to Senma group, the third largest shareholder of the company, in order to reduce operational risk and avoid greater loss of performance.

It is understood that kidiliz group is the overseas children’s clothing business of semma clothing. On April 28, 2018, in order to promote the high-end development of children’s clothing business and expand overseas markets, Semir International Group (Hong Kong) Co., Ltd., a wholly-owned subsidiary of Semir clothing, acquired 100% equity and creditor’s rights of sofiza sas100% in cash, so as to acquire all assets of kidiliz group.

Bet on the increase of national tide

However, it is worth mentioning that Senma’s clothing has plagiarized its reputation when it first entered the country. For Senma clothing released “Shaolin Temple” co branded clothing, the main Henan Shaolin Intangible Assets Management Co., Ltd. jumped out to fight against counterfeiting and said: “Senma clothing used” Shaolin Kung Fu “for clothing labels and commodity names without authorization. After the company contacted Senma company, Senma returned the notice letter and refused to communicate.” On the Internet, doubts about the plagiarism of Senma’s clothing are also overwhelming.

In addition, as the new national trend has become a short-term new trend in the clothing industry, many enterprises, such as Meibang clothing, taipingniao, sports brand Li Ning, have continuously launched national trend products, and all of them have driven their performance development to varying degrees. This poses a certain challenge for Senma clothing.

In addition to betting on the new Guochao track, the channel sinking has also become one of the strategies for semma clothing to reverse its performance. In June 2020, Senma clothing announced that it plans to open 600-800 stores in the third and fourth tier county-level cities to expand the layout of children’s clothing business.

Xu Xiongjun, a strategic positioning expert and founder of Shanghai Jiude positioning Consulting Co., Ltd., said that under the influence of the epidemic situation in 2020, the children’s business of semma clothing will be greatly impacted, and the overseas business will be broken down and the performance will decline. Now choosing to sink to the third and fourth tier cities is a good opportunity for the brand, which will increase its growth space to a certain extent. Previously, Senma children’s clothing was mainly aimed at the first and second tier cities, but now the sinking may drive its performance to achieve a certain growth.