On April 8, the new generation of Huawei smart screen V series was officially released, including four screen sizes of 55, 65, 75 and 85 inches, with a total of four models. On April 14, it ushered in the official first sale.

As Huawei’s first smart screen iteration product, the new generation of Huawei smart screen V series is based on Hongmeng system’s distributed ability, perfect ecology, and continuous update. While focusing on creating intelligent ability and sound quality experience, focusing on family communication, family education, leisure entertainment and other scenes, it also launches innovative functions such as three person fitness and chatting while watching, leading the electronic consumer The more you use, the more you add value.

The fuselage design eliminates the sense of face to face separation. The overall appearance is integrated, and the thickness (the maximum thickness from the middle frame to the back shell, without the base) is also a new low. The thickness of the 65 inch model is only 45mm. With the 1.6mm extremely narrow frame, it brings the effect of immersive vision and better viewing experience. 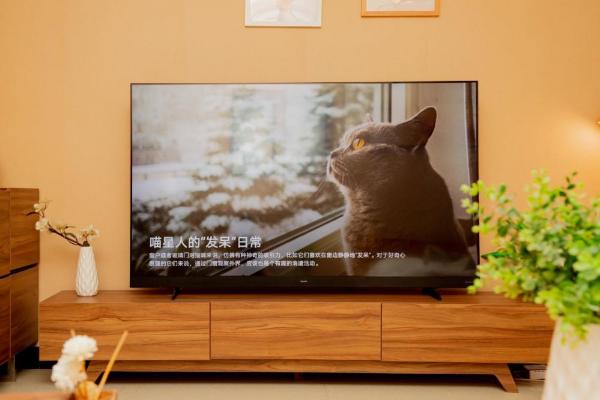 At the same time, the new generation of Huawei smart screen V series is equipped with 24 million ultra wide angle AI cameras, which can support 1080p high-definition continuous calls. In addition, when watching videos or doing other things with the smart screen, we can realize “chat while watching TV” through the chat while watching function. Thanks to the improvement of AI recognition ability, the new generation of Huawei smart screen V series upgrades AI fitness to sports health. On the basis of the previous generation of single player, 15 node bone joints and two-dimensional recognition ability, it realizes the transformation from single player to the largest three person, two-dimensional to the largest three-dimensional , 15 nodes to the maximum of 30 nodes, which brings more rich application scenarios.

There is also a new children’s mode, which supports voice switch reminder, and can also be opened remotely through the smart screen app. Parents can manage the time and content of children’s watching at any time, so that care is not limited by distance. AI eye will also remind and adjust children’s sitting posture and distance to ensure that children keep the appropriate distance and sitting posture when watching. 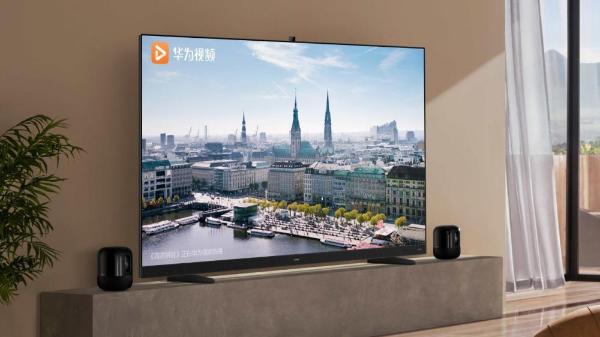 In terms of audio-visual entertainment, the new generation of Huawei smart screen V series also brings richer functions and experiences. After cooperating with tivar in 2019 to apply tivar’s sound technology to smart speakers, Huawei once again joined hands with tivar to extend its cooperation in sound technology to the field of smart screen. The two sides jointly designed a new top 9 unit sound system of smart sound and exclusive “device mode”, which endows the pure audio experience accumulated by tivar for many years to the smart screen The movie scene. 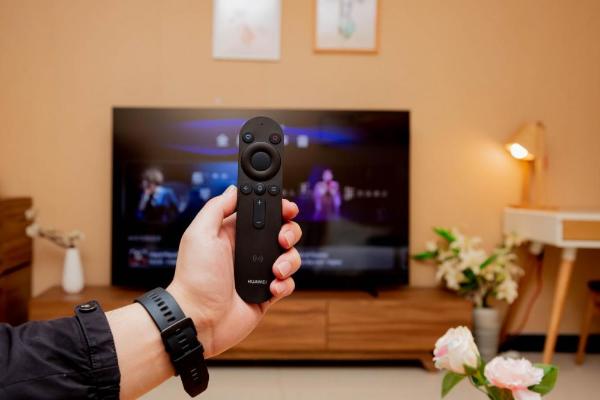 It is worth mentioning that not only the audio system, but also the new generation of Huawei smart screen V series has expanded the boundary of cross screen experience, adding many innovative functions, such as distributed sports, which can be linked with wearable devices and sports equipment. After the large screen starts the sports health, it will automatically trigger the binding wearable device to detect the sports health data, and display it in the large screen floating window in real time By projecting the screen, the camera, microphone, speaker and other virtual peripherals of the smart screen can be directly called by the mobile phone, giving full play to the advantages of large screen hardware to improve the business experience; by using distributed games, the gyroscope of the mobile phone can be directly turned on, making the mobile phone a game handle with a large screen in seconds.