Building blocks, handmade, animation surrounding More and more fashion toys add fun to adult life and become the new favorite of young people. According to the white paper on trend and insight of fashion toy industry recently released by tmall new product innovation center, in recent years, driven by the blind box, fashion play consumers have rapidly “broken the circle”, covering more than 18 to 35 years old. According to the survey, chaoplay meets the multi-level emotional needs of consumers in terms of personalization, self satisfaction and social interaction.

Before the Spring Festival, top toy opened its second city store at 1234space in Luohu, Shenzhen, and its first store in North China in Tianhe City, Tianjin. According to Tianjin’s “2021 Spring Festival holiday market monitoring report”, the first store, Chaozhou brand and high-end brand have become the main highlights of shopping mall’s customer gathering and drainage during the Spring Festival. After Tianjin Tianhe City introduced a number of new brand’s first stores, such as top toy, the overall sales of the shopping mall increased by 79% compared with that in 2019, confirming the unlimited potential of Chaozhou game market. 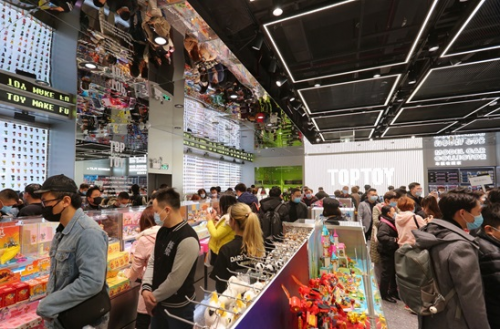 It is reported that three hours after the first store of top toy opened in Guangzhou Zhengjia Plaza, the turnover of the store exceeded 200000; the passenger flow in the first three days exceeded 30000 person times, the turnover exceeded 1.08 million yuan, the highest single day performance was 420000 yuan, and the average customer unit price was 325 yuan. During the new year’s Day holiday, the sales volume was nearly 600000 yuan, the passenger flow was nearly 30000, and the number of registered members rose to nearly 40000. The first store in Guangzhou has a total passenger flow of more than 200000 person times in one month since its opening. Its daily performance is stable at more than 100000 yuan, and the unit price of customers is maintained at more than 200 yuan.

The tide of top toy has even spread to Japan. On January 20, Nihon Keizai Shimbun, an authoritative and Influential Japanese media, said in a report that “top toy, a new Chinese fashion game species, is rising strongly to seize the young consumer market.”

It is worth mentioning that although the “iceberg” of the industry is huge, it only shows the tip of the sea. According to the data, in 2019, the market shares of the top five players in the domestic trendy game industry were 8.5%, 7.7%, 3.3%, 1.7% and 1.6% respectively. The total market share was just close to 23%. Due to the low concentration, large and scattered industry, the opportunities for new entrants were also greater. 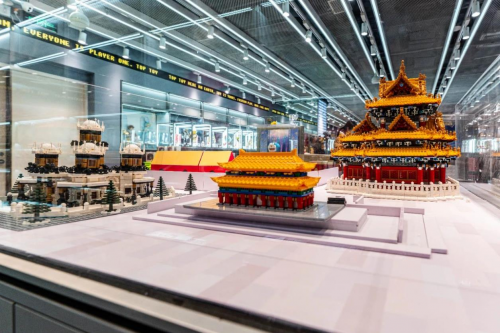 Sun Yuanwen, founder and CEO of top toy, said that at present, top toy has opened 9 stores nationwide, and nearly 30 top toy stores nationwide are being renovated at the same time, including Beijing Xidan Joy City and other business districts. In the future, we plan to open a store in the core business district of Beijing, Shanghai, Guangzhou and Shenzhen; in the first tier cities, new first tier cities and second tier cities, we will lay 1-2 stores in the best shopping malls; in some cities, we will lay 3-5 stores. In 2021, top toy hopes to reach all physical stores in China’s second tier cities.