On May 10, glory mobile official micro announced that the new product launch of glory play5 series will be held at 19:30 on May 18. 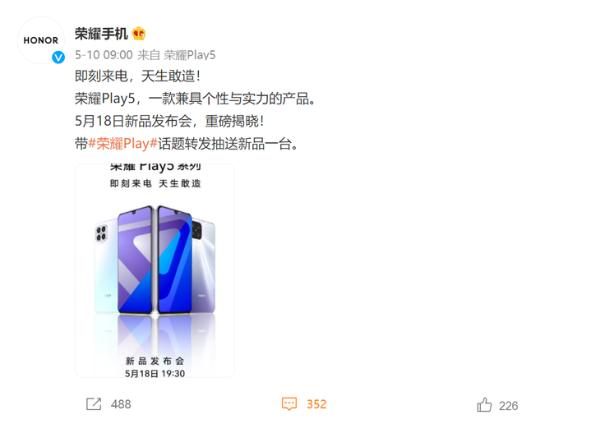 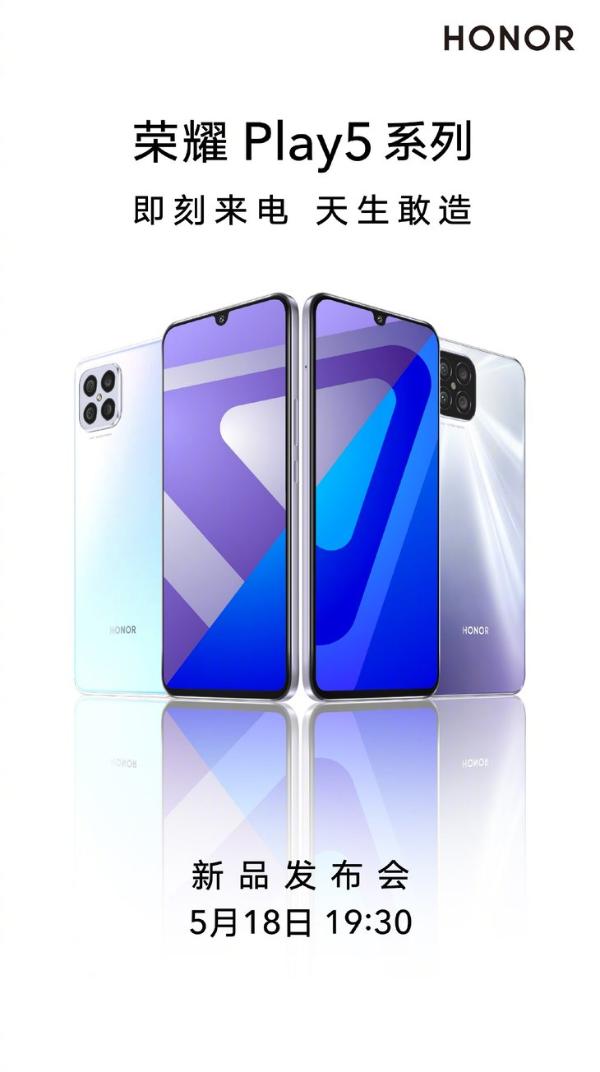 According to the official poster, the front of the glory play5 series is designed with a water drop screen. The rear camera should be a combination of four cameras. The small words on the bottom of the camera reveal that the mobile phone will be equipped with a 64 megapixel matrix rear camera. 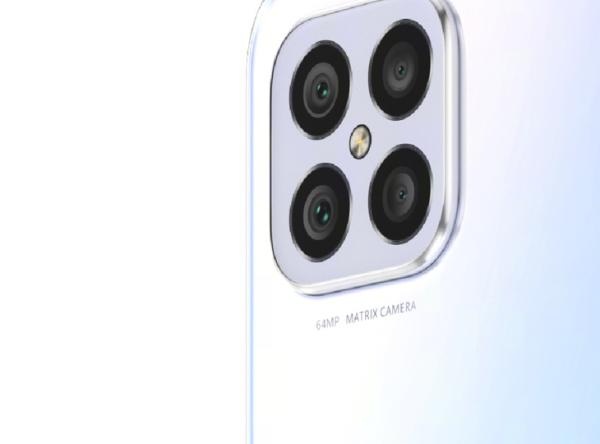 No more information has been officially released.