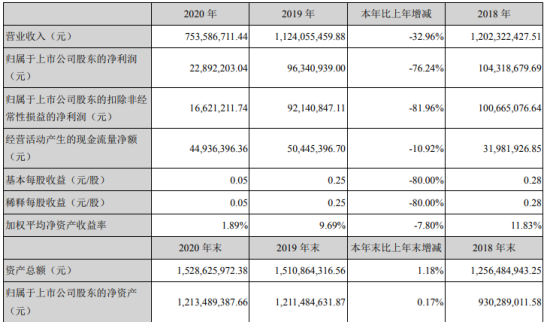 Influenced by various factors such as Sino US trade war and industry development trend, the domestic dyestuff production and sales volume has declined in the past three years. During the reporting period, the demand for dye intermediates was reduced due to the influence of COVID-19 holdings, and the price decreased significantly compared with the previous year. Due to the high proportion of para ester, H acid and other dye intermediates in the cost of the product, the cost of the dye also decreased significantly after the price fell.

According to the announcement, the company’s profit distribution plan approved by the board of directors is as follows: with 417748945.00 as the base, cash dividend of 0.2 yuan (including tax) will be distributed to all shareholders for every 10 shares, bonus shares of 0 shares (including tax) will be given, and capital accumulation fund will be used to transfer 0 shares to all shareholders for every 10 shares.

According to digbei.com, the main business of Jinji Co., Ltd. is R & D, production and sales of dyes. Its main products are reactive dyes, which are used for dyeing and printing of textiles.